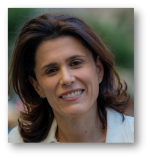 Alex Wallace Creed is currently Head of Media at Verizon Media. She has spent her career in the television news industry, working with the likes of NBC News, CBS News, and Yahoo! Studios.

Wallace attended Columbia College for undergrad, graduating in 1988, after which she got her start in the London bureau of CBS News and rose to become a senior producer for that network’s “The Early Show.” Along the way, she made stops at “CBS Evening News” and “48 Hours.” She joined NBC News in 2005 as an executive producer of “Weekend Today.” She would eventually rise to take the reins of the network as Senior Vice President, responsible for everything from “TODAY” to “Nightly News with Brian Williams.”

Wallace is the recipient of eleven Emmy Awards, two Dupont Awards, a Gracie Award and a Peabody Award, as well as a John Jay Award for distinguished professional achievement from the Columbia College Alumni Association, for which she is a member of the Board of Directors.

Back to Advisory Council Members