Dean, School of the Arts

Professor of the Arts 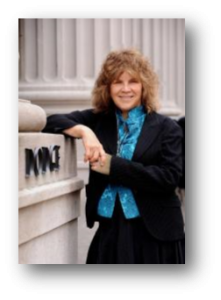 Carol earned her B.A. in English literature from State University of New York at Buffalo and her Ph.D. in English and American literature from the University of California, San Diego. With research interests that range from feminist theory, American cultural history, the education of artists, art and social responsibility, to South African art and politics, she has published numerous articles and books on cultural criticism including: The Invisible Drama: Women and the Anxiety of Change (translated into seven languages); The Subversive Imagination: Artists, Society and Social Responsibility; Zones of Contention: Essays on Art, Institutions, Gender, and Anxiety; Surpassing the Spectacle: Global Transformations and the Changing Politics of Art and Thinking in Place: Art, Action, and Cultural Production.

Carol was Dean of Faculty and Vice-President for Academic Affairs at the School of the Art Institute of Chicago before coming to Columbia University. She lectures extensively in the U.S. and abroad and is the recipient of numerous awards. She also is a member of the Global Agenda Council on the Role of Art in Society for the World Economic Forum. Her book The Invisible Drama, was reissued in paperback in 2014.