Co-Chair, Council of Advisors for the Institute for the Cooperative Digital Economy

Fellow, Center for the Management of Systemic Risk 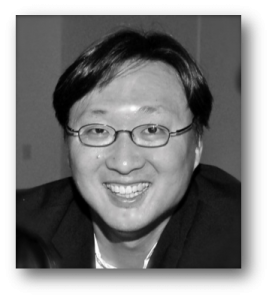 David K. Park is Member of the Committee on Global Thought and Faculty Director for the Master’s in Global Thought. Dr. Park is also The Honorary Distinguished Professor of Solbridge International School of Business and Honorary Dean of the Future College at Woosong University and supports Woosong Education Foundation as a Global Advisor. Dr. Park co-chairs the Council of Advisors for the Institute for the Cooperative Digital Economy. Dr. Park is a member of the Data Science Institute, Fellow at the Center for the Management of Systemic Risk and founding member of the Digital Storytelling Lab at Columbia University. Dr. Park was formerly Dean of Strategic Initiatives for the Faculty of the Arts and Sciences at Columbia University and co-founded several New York-based technology companies in the areas of natural language processing and machine learning.

Dr. Park is currently exploring the historical arc of universities, limitations and possibilities of “big data”, how failure and vulnerability are the foundations of innovation and creativity across organizations, as well as the electoral origins of congressional polarization. Dr. Park is also working on several manuscripts including, The Twentieth Century Sectional Reversal: How did the Republican States Switch to the Democrats and Vice Versa? and Is History Repeating Itself? Comparing 1875 to 1928 and 1971 to 2008.

Dr. Park received his B.S. in Aerospace Engineering from the University of Maryland and his Ph.D. in political science at Columbia where he focused on historical comparative institutional analyses of societal change. He was an Assistant Professor of Political Science and Applied Statistics at Washington University, Assistant Professor at George Washington University, Visiting Professor at Columbia University and Visiting Scholar at the Russell Sage Foundation. He has written numerous articles and co-authored Red State Blue State Rich State Poor State: Why American Vote the Way They Do (Princeton University Press, 2008).