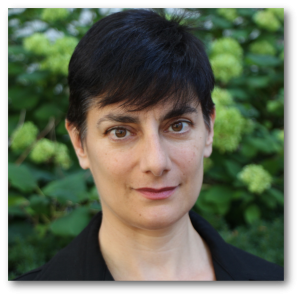 Sharon Marcus is the Orlando Harriman Professor of English and Comparative Literature at Columbia University. She received her B.A. from Brown University in 1986 and her Ph.D. from Johns Hopkins University in 1995. Her research focuses on the literature, culture, and history of nineteenth-century England and France, in particular on questions of gender and sexuality. She was a Governing Board Member of the Society of Heyman Fellows, Columbia University from 2018–2021. The author of two prize-winning books: Apartment Stories: City and Home in Nineteenth-Century Paris and London (University of California Press, 1999) and Between Women: Friendship, Desire, and Marriage in Victorian England (Princeton University Press, 2007; Spanish translation, 2009), she is currently completing a study of theatrical celebrity in the nineteenth century.

Marcus sits on the advisory board of several journals including Nineteenth-Century Literature and Public Culture and in 2012 became co-founder and editor-in-chief of Public Books, an online review of arts and ideas. A member of the New York Institute for the Humanities, Marcus has received Fulbright, Woodrow Wilson, and ACLS fellowships, as well as a Lenfest Distinguished Faculty Award.