Professor of French and Romance Philology 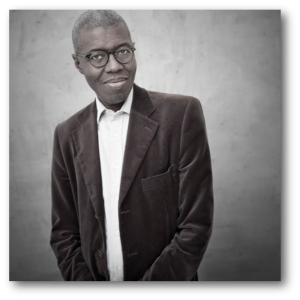 Souleymane Bachir Diagne is a Professor of French, with a secondary appointment in the Department of Philosophy at Columbia University.

Professor Diagne received his academic training in France. An alumnus of the École Normale Supérieure, he holds an agrégation in Philosophy (1978) and he took his Doctorat d’État in philosophy at the Sorbonne (1988) where he also took his B.A. (1977). Before joining Columbia University in 2008, he taught philosophy for many years at Cheikh Anta Diop University, Dakar (Senegal) and at Northwestern University.

Professor Diagne is co-director of Éthiopiques, a Senegalese journal of literature and philosophy and a member of the editorial committees of numerous scholarly journals, including the Revue d’histoire des mathématiques, Présence africaine, and Public Culture. He is a member of the scientific committees of Diogenes (published by UNESCO’s International Council for Philosophy and Humanistic Studies), CODESRIA (Conseil pour le développement de la recherche en sciences sociales en Afrique), and of the African and Malagasy Committee for Higher Education (CAMES), as well as UNESCO’s Council on the Future. He has been named by Le Nouvel observateur one of the 50 thinkers of our time.