Director of the Institute for the Study of Human Rights

Lecturer in the Discipline of International and Public Affairs 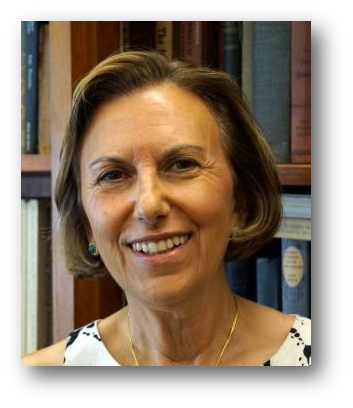 Yasmine Ergas is Director of the Specialization on Gender and Public Policy and Lecturer in Discipline in International and Public Affairs, and a CGT member.

A lawyer and sociologist, she has worked on issues regarding gender and women’s rights as a policy analyst and advisor, scholar and advocate. She has served as a consultant to international and domestic policy organizations and NGOs, including the OECD, UNESCO, the Millennium Villages Project, the New York City Commission on Human Rights, Women Strong International and CENSIS, a major applied social research institute in Italy, and been on the staff of the Social Science Research Council. Her recent work has focused on the emergence of an international market in reproductive services, the transformations of ‘motherhood’,  and the integration of gender issues in international affairs. Her previous work centered on feminist movements and their interactions with public policies; the implications of the concept of ‘gender’ for feminist politics; child care policies in international and comparative perspective; educational policies and the social implications of HIV/AIDS.

A graduate of the University of Sussex, the University of Rome and Columbia Law School, Ergas is a former member of the School of Social Science of the Institute for Advanced Study at Princeton; visiting scholar at the Center for European Studies at Harvard University; and a Pembroke Fellow of Brown University. Among other honors, she has been awarded fellowships and grants from the American Council of Learned Societies, the Ford Foundation, the Italian Consiglio Nazionale della Ricerca, and the Compton Foundation.  She co-led a working group of the Committee on International Trade of the New York City Bar Association on child labor and international trade and practiced law at Skadden, Arps, Slate, Meagher and Flom, and Studio Legale Pedersoli. Ergas has served as a member of the Advisory Committee for the Social Sector of the Millennium Cities Initiative, the editorial board of the Journal of Human Rights Practice, the editorial board of ingenere.it, and the board of New York City Global Partners, among others. Her work has been published widely, including in Italian, French, German, Japanese, Spanish and Portuguese.