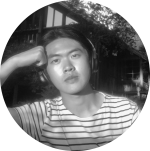 As a native to Sichuan, China, I grew up reading classical Chinese literature and learning about the importance of our shared humanitas. After spending a summer in Utah as an exchange student in high school, I decided to pursue liberal arts in the United States. And in my undergraduate career at Syracuse University, I took full liberty to study widely in critical theories, environmental philosophy, political ecology, and policy analysis. My project as a Young Research Fellow at SU focused on a semi-abandoned counterculture commune in Northern California, famous in the 1960s. My honors thesis examined the connections between the controversial new religious phenomenon of Rajneesh-Osho and a “post-hippie” visual logic of spiritual commodities. Outside of the classroom, I had the privilege of leading a delegation of students to attend the Parliament of the World’s Religions in Toronto in 2018 while organizing semesterly mindfulness trips to a Zen monastery in the Catskills forests in Upstate New York.

Since, as Greta Thunberg called out, “our house is on fire!” I aspire to work in the emergent yet already painfully necessary field of climate adaptation. I consider the longstanding dichotomy known as the “East” and the “West” to propagate hostile representations of each other’s reality when we need trust, communications, and coalitions to confront the global crisis with moral courage and dignity. For my academic studies at Columbia, I plan to continue an interdisciplinary approach to looking at climate coping strategies through theory-informed policy and legislative measures, coupled with practices. With some friends and colleagues around the globe, I am also preparing to launch an alternative media platform dedicated to promoting art, community, and real human connections. Amid the geopolitical tensions and a global pandemic, strangely, I found myself lucky to study in the Global Thought program, at Columbia University, in the City of New York.