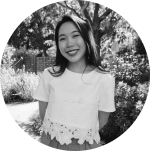 I was born and raised in California to immigrant parents who taught me firsthand the value of cross-cultural perspectives, especially in the context of assimilating as a Taiwanese-American. Leaving the Bay Area, I moved to the Midwest to study business at Purdue University. In those years, I was lucky to work and study abroad twice; first interning for a conglomerate in Seoul, then as an avid learner of Global Economics in Paris.

Following graduation, I moved to South Korea as a Fulbright Grantee teaching English. During that time, I became deeply rooted in the city of Gimhae. I was privileged to serve as the director of KAMP, which focuses on mentoring at-risk youth across South Korea, and got involved with my local North Korean Defector Center. These experiences allowed me to plug into my community in a meaningful way and allowed me to observe how global history and international policy manifested in the day-to-day. On the side, I was a staff editor and photographer for Infusion Magazine, a magazine run by Fulbright Korea grantees.

Growing up in Silicon Valley, I directly observed the rapid evolution of the tech industry and it has led me to consider both the moral responsibilities of influential companies and how policymakers can create guidelines for these responsibilities. Through my research in Global Thought, I hope to consider the ethical boundaries and social ramifications of the technological tools we use to define the responsibilities tech entities should bear. Not only do they influence domestic policies and international relationships, they also have a direct impact on individual lives.