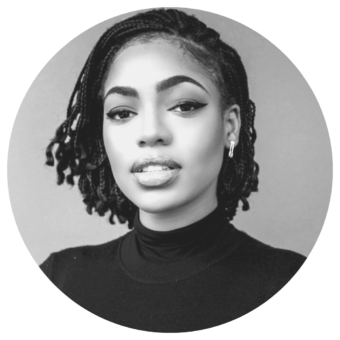 Skylar Mitchell is a media and cultural worker whose research explores the circulation of gendered, racial, and political theory through independent communication channels. Since undergrad, she has used her familiarity with public policy and lobbying strategy to study the roles that broadcast, publishing, and digital outlets play in signifying political shifts. As a Comparative Women’s Studies major at Spelman College, she completed her honors thesis on global coming-of-age depictions of Black girlhood in cinematic texts. This project prompted her to create an anthology of media textuality in film and television, which she still explores as a writer and curator of inclusive literary spaces.