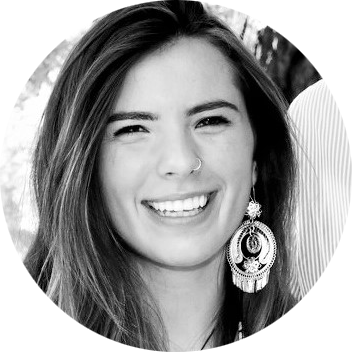 I grew up in Santa Fe, New Mexico, in a bicultural family; my father, a local New Mexican, and my mother, from Puebla, Mexico. From a young age, I was exposed to many cultures as I followed my mother around South America during her research projects on indigenous peoples. I later spent my senior year of high school in Brazil, which fostered an interest in Portuguese and other romance languages. These experiences led to the pursuit of an International Studies and Foreign Languages dual degree at the University of New Mexico. Along the way, I took advantage of various long-term exchange programs in Montreal, Amsterdam, and Rabat, Morocco.

My professional experience thus far includes working as a Global Programs Student Coordinator for the Global Education Office at UNM and as an intern at the Institut Fondamental d’Afrique Noire (IFAN) at the Theodore Monod National Museum of Senegal in Dakar. These academic and professional experiences influenced my worldview and have encouraged me to take a diverse approach to academic conversations on social issues affecting representations of cultural identities. I look to the M.A. in Global Thought as a way to gain the tools that are essential, if not imperative, to engage in these conversations and explore a variety of potential career paths.