Prices and Decentralization without Convexity 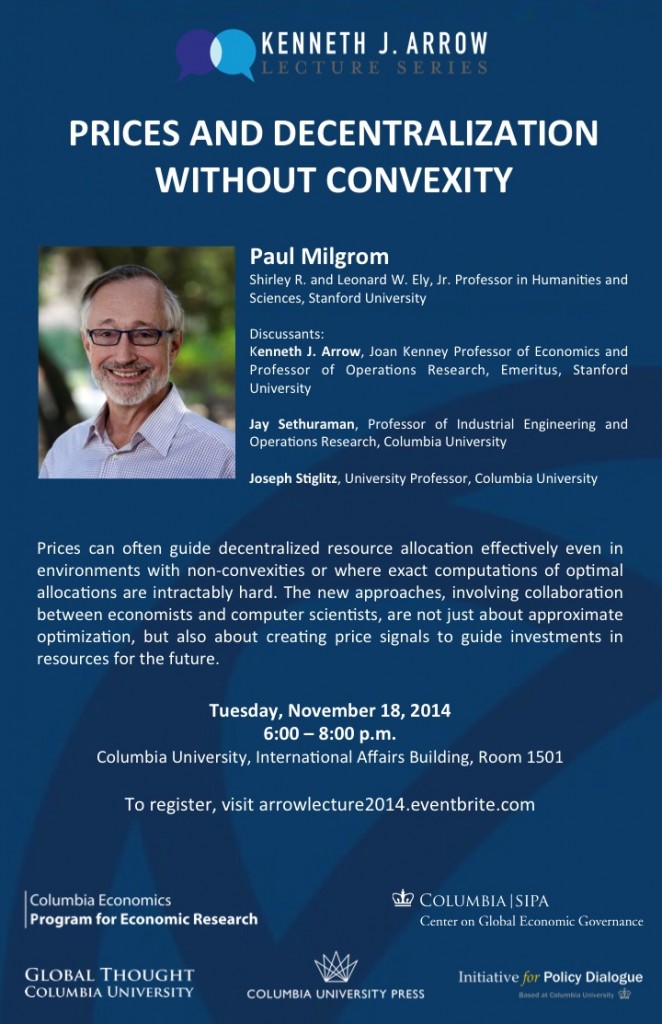 Click here for more information on the Nov. 17th event.

This event is part of the The Kenneth J. Arrow Lecture Series.

To the International Affairs Building:

The main gates to Columbia University's campus in Morningside Heights are located at Broadway and 116th Street in Manhattan. The School of International and Public Affairs is located at 420 West 118th Street between Amsterdam Avenue and Morningside Drive. Be aware that the building's fourth floor is at street level.

By Train or Bus

Trains to New York arrive at Grand Central Station or Pennsylvania Station, while buses stop at the Port Authority Bus Terminal. Visitors arriving at these stations can take either public transportation or a taxi north to the campus.

Five bus lines (M4, M5, M11, M60, M104) and one subway line (the #1 local) serve the Columbia neighborhood. The M60 bus is a direct link between the campus and LaGuardia Airport. The Columbia stop is 116th Street. Note that if you take the express trains #2 or #3, you must transfer to the #1 local at 96th Street. The #2 and #3 trains do not stop at Columbia University.