The Committee on Global Thought (CGT) Lunchtime Seminars are a forum for Columbia University faculty and visiting scholars to present current research characterizing and assessing issues of global importance. Learn more about the CGT Lunchtime Seminars by clicking here.

In ethnically ranked societies, the gains from trade hold redistributive implications for members of different ethnic groups.  In this paper, we argue that trade provides new avenues of economic advancement for individuals belonging to ethnic groups that have historically been excluded from domestic labor markets and compartmentalized into lower-skilled occupations. In developing countries that hold a comparative advantage in producing lower-skilled labor-intensive goods, members of discriminated ethnic groups therefore stand to gain relatively more from an open economy. We present evidence from three large, post-election surveys of Indian voters from the period 1999 to 2009 to show that individuals belonging to disadvantaged caste and religious communities are significantly more likely to support trade liberalization. We then probe the mechanisms underlying this finding by using an original survey experiment on a nationally representative sample of Indian voters. We find that members of dominant ethnic groups focus exclusively on economic considerations while developing trade policy preferences. For members of discriminated groups, by contrast, ethnicity considerations are paramount and reinforce the effects of material self-interest. Our findings point to ethnicity as a key determinant of economic policy preferences regarding globalization for disempowered communities in ethnically segmented societies.

Nikhar Gaikwad’s research interests span international and comparative political economy, with a focus on the politics of economic policymaking, trade and migration, business-state relations, and identity. He has a regional specialization in India, which he studies in comparative perspective with Brazil and other democracies.

Prior to joining Columbia University, he was a Fellow at the Niehaus Center for Globalization and Governance at Princeton University. He has worked at Cornerstone Research, an economics and finance research firm. 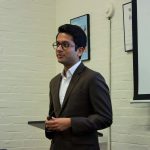 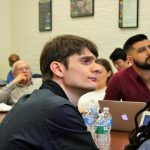 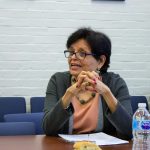 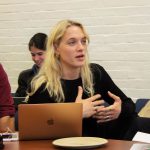 The seminars take place on Thursdays from 12-1pm in Fayerweather Hall, Room 411 unless otherwise noted.