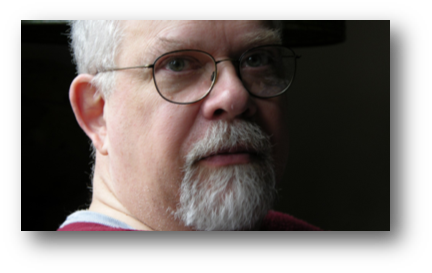 The Wheel: Inventions and Reinventions

The first CGT Lunchtime Seminar of the spring semester featured Richard W. Bulliet, Emeritus Professor of History, who discussed his new book, “The Wheel: Inventions and Reinventions.” In this book, Professor Bulliet focuses on three major phases in the evolution of the wheel and their relationship to the needs and ambitions of human society. Professor Bulliet taught Middle Eastern history and the history of technology at Columbia University from 1976 to 2015.

Several of his books focus on Iran but deal also with the larger Muslim world, including The Patricians of Nishapur: a Study in Medieval Islamic History (1972), Conversion to Islam in the Medieval Period: An Essay in Quantitative History (1979), and Islam: the View from the Edge (1994). His books on a broader view of Islamic history and society include Under Siege: Islam and Democracy (1994) and The Case for Islamo-Christian Civilization (2004). His book The Camel and the Wheel (1975) brings together his interest in the histories of technology, animal domestication, and the Middle East, dealing for example with the significant military advantage early Muslim armies gained from a slight improvement in the design of cloth camel saddles. He would return to the history of animal domestication with his Hunters, Herders, and Hamburgers: The Past and Future of Human-Animal Relationships (2005).

Hunters, Herders, and Hamburgers: The Past and Future of Human-Animal Relationships presents the four stages of human-animal relationship history: separation (when humans began to consider themselves as fundamentally separate from animals), pre-domestication (rich in symbolic expression of animals), domestication (exploiting and taming animals for human use), and post-domestication (our current industrialized consumption and separation from domestic animals).

He is the writer and editor of books of more general interest as well, including The Columbia History of the Twentieth Century (editor, 1998), The Encyclopedia of the Modern Middle East (co-editor, 1996), and The Earth and Its Peoples: A Global History (co-author, 1997). He has also written several novels which draw on his knowledge of international politics and the Middle East, and is a promoter of the validity of comics as an art form.

Bulliet’s commentaries and opinion pieces on the Middle East have appeared in such newspapers The Guardian, New York Times International, and Süddeutsche Zeitung.

Below is the schedule for Spring 2016. The seminars take place on Tuesdays from 11:45AM-1PM in Fayerweather Hall Room 411. Please check back for updates to the schedule.

Souleymane Bachir Diagne: “The Sufi and the State: Discussing the notion of being ‘Islamic’”

Andreas Wimmer: "Nation Building: Why some countries came together while others fell apart"