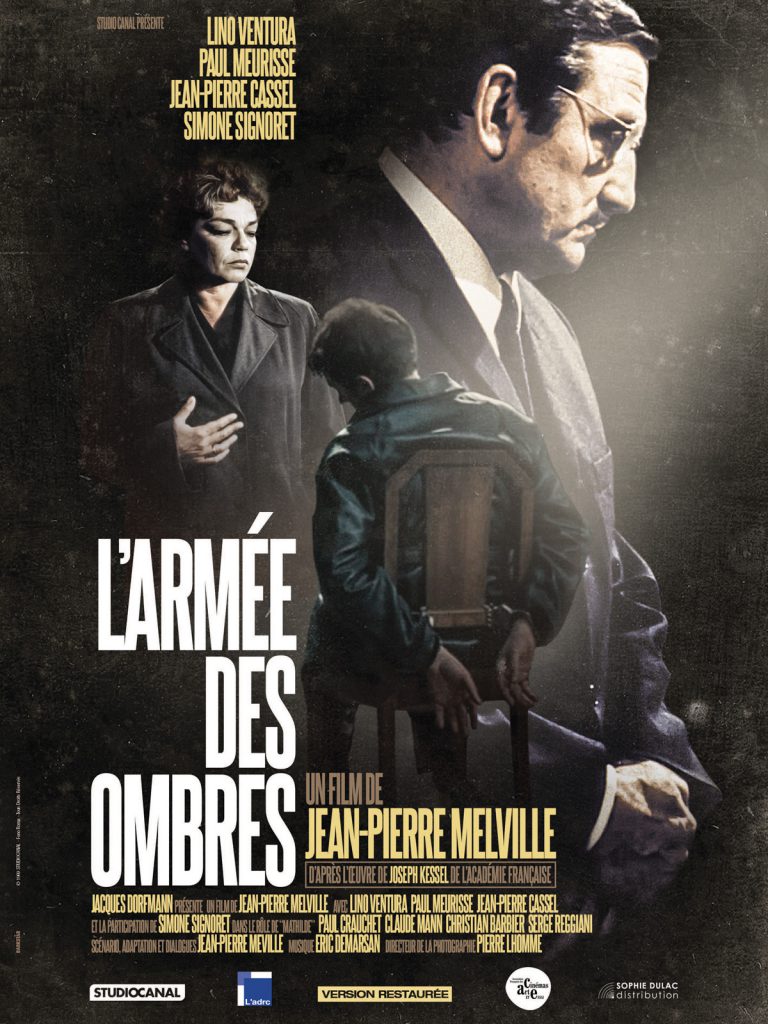 The Army of Shadows by Jean-Pierre Melville

This event will include a film screening followed by a panel discussion with Professor Richard Pena and Emeritus Professor Robert Paxton. Film will be subtitled in English. Event is free and open to the public.

Jean-Pierre Melville’s film Army of Shadows (1969) gives a dramatic account of the extreme dangers faced by the French who resisted the German occupation of 1940–1944. The time of the story is unspecified, but it is probably 1943, late enough for the Germans to have occupied the formerly unoccupied south (this occurred in November 1942), but early enough for the Resistance to still be concerned mainly with the struggle to survive.

Under the leadership of World War I hero Marshal Philippe Pétain, the French government surrendered to superior German forces on June 17, 1940, signing an armistice on June 25 that provided for the German occupation of the northern half of the country and French withdrawal from the war. Pétain governed from a temporary capital at Vichy, a spa town in the southern hills, and was popular at first. But his regime lost credibility as German victory receded and German exactions increased. Soon Vichy was helping the Germans repress the developing Resistance with its own police and special forces, the Milice.

A few Frenchmen fought the occupation from the beginning. Chief among these was a former tank officer, General Charles de Gaulle, who escaped to London as France was surrendering and broad­cast a famous message on the BBC: France had lost a battle, he said; it had not lost the war. De Gaulle’s Free France gathered the slowly growing number of those who wanted to fight on, whether outside of France, in the Free French Forces, or in the inter­nal Resistance.

Melville, like the author of the film’s source novel, Joseph Kessel, had himself participated in the Resistance in France, later escaping to London and joining Free France. His film thus has a very personal resonance, as well as a strong historical basis. “In this film,” Melville recounted in a 1971 interview with Rui Nogueira, “for the first time, I show things that I have seen, that I have experienced.” Many of the characters in the film are based on historical figures, and de Gaulle and Pétain even make brief appearances—the tall, austere general, from behind, as he awards a medal to Resistance leader Luc Jardie in London; Pétain only on a poster in a barbershop. But beyond that, Melville told Nogueira, the words and adventures of his friends and acquaintances greatly influenced his telling of the story.

Event will take place at the Lenfest Center for the Arts. Event is free and open to the public.