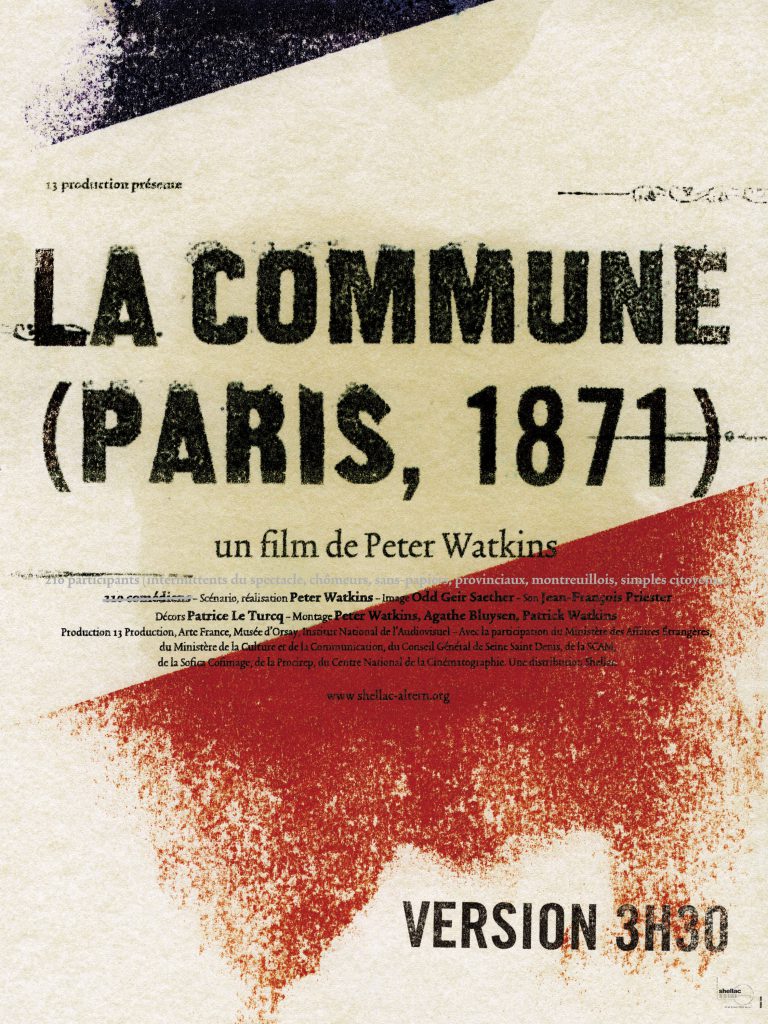 This event will feature a film screening with introduction by Professor Emmanuelle Saada. Film will be subtitled in English. Event is free and open to the public.

On a stage-like set, more than 200 actors interpret characters of the 1871 Paris Commune, especially the Popincourt neighborhood in the XIth arrondissement. They voice their own thoughts and feelings concerning the social and political reforms. The telling of this story rests primarily on depicting the people of the Commune, and those who suppressed them.