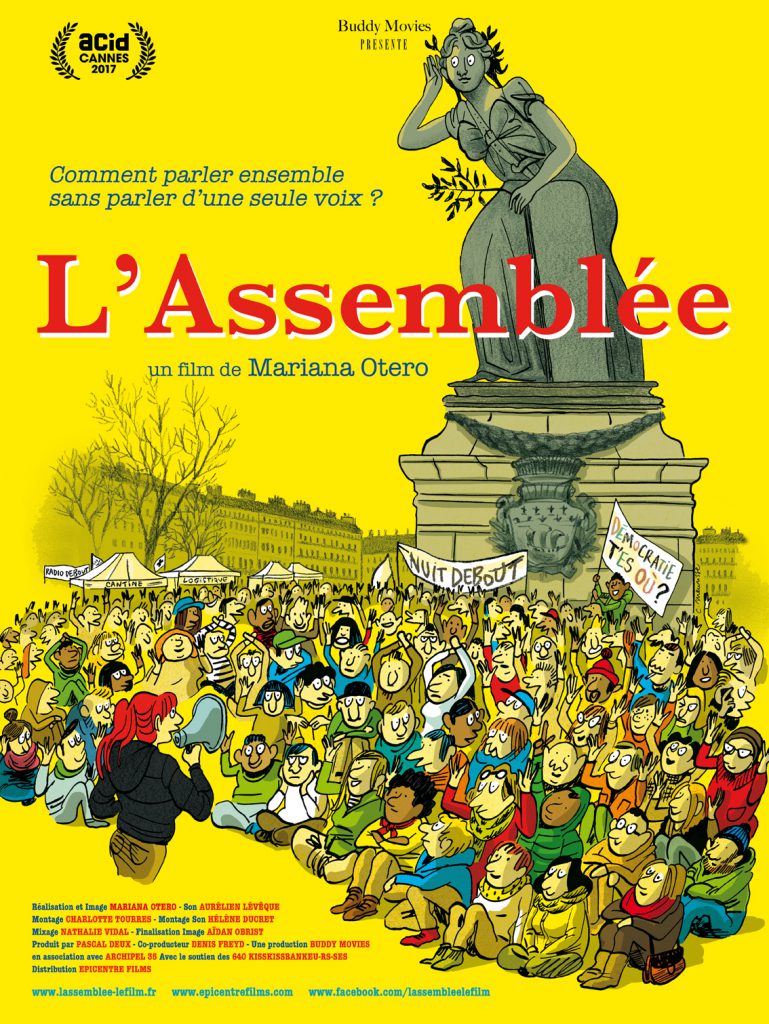 The Assembly by Mariana Otero

This event will include a film screening followed by a panel discussion with CGT Member Bernard E. Harcourt and Etienne Balibar. Film will be subtitled in English. Event is free and open to the public.

This documentary examines how the Nuit Debout (Arise at Night) protest that took place in March 2016 in Paris turned into a kind of movement in the spirit of Occupy Wall Street, a new form of democratic Assembly, without a leader or elected representatives, in which each person was given an opportunity to speak and participate in the collective.