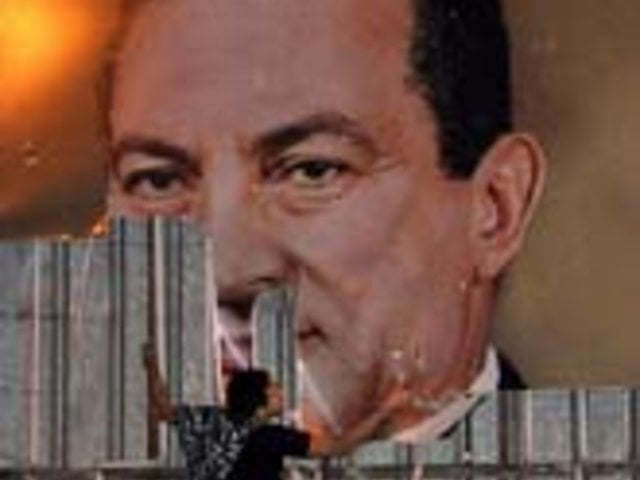 This panel, held on February 10, 2011, explores the uprising in Egypt, its implications for the Arab world and the broader Middle East, as well as US interests.

Rapidly organized to address breaking current events, this panel explored the unrest in Egypt and the Middle East as it was occurring. Held on the eve of former president Hosni Mubarak’s resignation, this interdisciplinary group took stock of the uprising in Egypt, its implications for the Arab world and the broader Middle East, as well as US interests.

Juan Cole is Richard P. Mitchell Professor of History at University of Michigan. For three decades, he has sought to put the relationship of the West and the Muslim world in historical context. His most recent book is Engaging the Muslim World (Palgrave Macmillan, March, 2009) and he also recently authored Napoleon's Egypt: Invading the Middle East (Palgrave Macmillan, 2007). He has been a regular guest on PBS's Lehrer News Hour, and has also appeared on ABC Nightly News, Nightline, the Today Show, Charlie Rose, Anderson Cooper 360, Countdown with Keith Olbermann, Rachel Maddow, the Colbert Report, Democracy Now! and many others.

Mona El-Ghobashy joined the Barnard faculty in July 2006 as an Assistant Professor in political science. Her research focuses on political mobilization in contemporary Egypt, and has appeared in the International Journal of Middle East Studies, Middle East Report, American Behavioral Scientist, and Boston Review. In 2009, she was named a Carnegie Scholar by the Carnegie Corporation in New York to support a book project on Egyptian citizens' use of street protests and court petitions to reclaim their rights. At Barnard, she teaches courses on comparative politics, Middle East politics, social movements, and a first-year seminar on politics and the novel.t

Jean-Pierre Filiu is Sciences Po Alliance Visiting Professor at Columbia University. Jean-Pierre Filiu has been Associate Professor, Middle East / Mediterranean Chair, at Sciences Po since 2006, where he teaches in French, English and Arabic. A Sciences Po summa cum laude graduate (1981), he holds a dual dregree in Chinese (1983) and Arabic (1985) from the Institut national de langues et civilisations orientales, and a PhD in History of the 20th century (Sciences Po, 1985). He was visiting professor at Georgetown University and is a member of the scientific board of the Maison méditerranéenne des Events Sciences de l'homme and of the Steering Committee of the Centre régional de la Méditerranée. He specializes in contemporary Islam, with an emphasis on jihadi movements and Al-Qaeda, and on the multi-faceted adaptation of Islam to globalized modernity.

Rashid Khalidi is Edward Said Professor of Modern Arab Studies at Columbia University Rashid Khalidi, Edward Said Professor of Arab Studies, received his BA from Yale in 1970, and his D.Phil. from Oxford in 1974. He is editor of the Journal of Palestine Studies, and was President of the Middle East Studies Association, and an adviser to the Palestinian delegation to the Madrid and Washington Arab-Israeli peace negotiations from October 1991 until June 1993. He is author of Sowing Crisis: American Dominance and the Cold War in the Middle East (2009); The Iron Cage: The Story of the Palestinian Struggle for Statehood (2006); Resurrecting Empire: Western Footprints and America's Perilous Path in the Middle East (2004); Palestinian Identity: The Construction of Modern National Consciousness (1996); and Under Siege: PLO Decision-Making During the 1982 War (1986); and British Policy Towards Syria and Palestine, 1906-1914 (1980).

Moderator Saskia Sassen is Robert S. Lynd Professor of Sociology at Columbia University. Saskia Sassen's research and writing focuses on globalization (including social, economic and political dimensions), immigration, global cities (including cities and terrorism), the new technologies, and changes within the liberal state that result from current transnational conditions. In her research she has focused on the unexpected and the counterintuitive as a way to cut through established "truths."