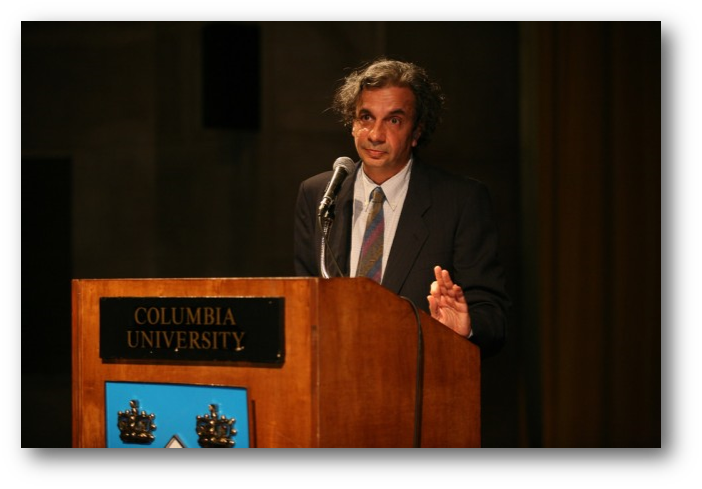 The Enlightenment, Enchantment, and the Mentality of Democracy

The CGT Lunchtime Seminars are an open forum for Columbia faculty and visiting scholars to discuss current research with MA students and other graduate students and faculty.

Akeel Bilgrami is Sidney Morgenbesser Professor of Philosophy. He is a founding member of the Committee on Global Thought. Akeel Bilgrami got a first degree in English Literature from Bombay University but defected to philosophy because he found the former too hard. He went to Oxford University as a Rhodes Scholar and there got another Bachelor’s degree in Philosophy, Politics, and Economics (1974). He has a Ph.D. from the University of Chicago (1983), after writing a dissertation, “Meaning as Invariance,” on the subject of the indeterminacy of translation and issues concerning realism and linguistic meaning. He joined the Philosophy Department in 1985 after spending two years as an Assistant Professor at the University of Michigan, Ann Arbor.

Professor Bilgrami was the Chairman of the Philosophy Department from 1994-98 and the Director of the Heyman Center for the Humanities at Columbia University from 2004-2011.

Special thanks to our host, CGT member Adam Tooze, and the Department of History at Columbia University.