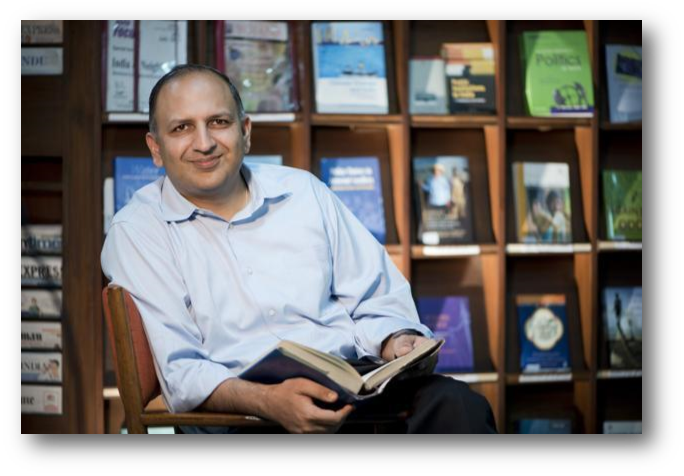 Pratap Bhanu Mehta is the Fall 2015 Ahuja Fellow at the South Asia Institute. Mehta is president and chief executive of the Centre for Policy Research, New Delhi. He is a political scientist who has taught at Harvard University, Jawaharlal Nehru University, and the New York University School of Law. His areas of research include political theory, constitutional law, society and politics in India, governance and political economy, and international affairs. Dr. Mehta holds a B.A. (first class) in Philosophy, Politics, and Economics from Oxford and a Ph.D. in politics from Princeton. He received the 2010 Malcom S. Adishehshiah Award and the 2011 Infosys Prize for Social Sciences – Political Science.

Dr. Mehta has served on many central government committees, including India’s National Security Advisory Board, the Prime Minister of India’s National Knowledge Commission, and a Supreme Court-appointed committee on elections in Indian universities. Dr. Mehta is a prolific writer; he is an editorial consultant to the Indian Express, and his columns have appeared in dailies including the Financial Times, the Telegraph, the International Herald Tribune, and the Hindu. He is also on the editorial boards of many academic journals, including the American Political Science Review, the Journal of Democracy, and India and Global Affairs.

Special thanks to our host CGT member Adam Tooze and the Department of History, as well as the South Asian Institute’s Colloquium Series.