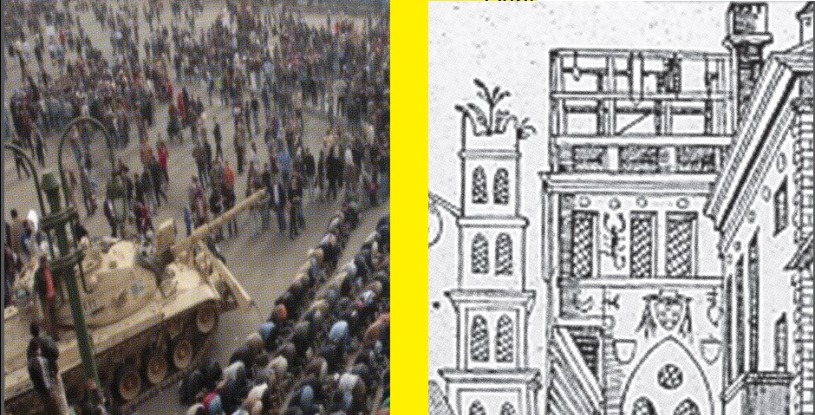 Presence and Absence in the City

What differentiates presence and absence in the city? In Saskia Sassen’s conception, the difference is both physical, in the sense of who occupies space and is present in the street, and perceptual, in the sense of how aware we are of others. How do we account for or discount their presence in urban space? This conference explored how those considered invisible or inconsequential are enabled to ‘make presence’ in urban space, through their bodies, actions and activities. Presenters attempted to account for the roles of technological, trade, design, and politics in constructing presence and absence, and debated how to arouse people to want more engagement with one another, rather than retreat into isolation.

This year’s conference was a collaboration between Sassen and Richard Sennet (University Professor of the Humanities, New York University and Founder of Theatrum Mundi). It brought together visual artists, choreographers, architects and others with sociologists and urbanists from academia to discuss the changing urban landscapes of the present and future. Through theoretical conversations and discussions on real life projects the conference aimed to instigate new thinking about public space via the participation of architects, urban planners, artists, designers and social researchers.

This conference was part of the Signature Research Project Urbanizing Technology: The Mobility Complex.

The State of the Street: Evictions and Displacements

This session focused on what makes a street alive or dead. The 'life of the street' is a classic Jane Jacobs trope; but what does it mean today? Have the people who once gave streets life left the city, or been removed, or ceased to wish to interact? Has the design of streets prevented people from engaging with one another? One key issue is the privatizing of public space.

This discussion centered on what new technological tools can do to make people more aware of one another's presence, and deliberately departed from the usual discussions of technological coordination and efficiency in cities. Also discussed was how technologies constrain the making of publicness.

We can think of the global street as a space where those without access to formal instruments of making (making buildings, power, and so on) can make: a politics, the social, publicness. The global street is not a literal street; it can be conceived of as a square, an empty space, an ambiguous border zone, or a refugee camp. What it is not is the piazza of our European imaginary of public space.

The Trade of Ideas and Goods: From Artifacts to Citizenship

The active and ideational legacy/impact of old and new imperial modes on today's urban space is a critical issue. More generally, how cities, and the people in them, are connected to one another, through currents of the present and of the past was a primary concern of this session.

This session's theme of how streets can be brought to life was addressed in a unique way: what lessons can urbanists learn from the performing arts—whose business is arousing people—about making streets more engaging?

Workshop: Places and Spaces for Free Speech in the City

Oct. 13, 2012 - In a time of cordoned-off "free speech zones" and after the eviction of Occupy from Zucotti Park, a question arises: “What could and should a space for free speech and assembly in New York City look like?” To address this question a group of prominent street activists, artists, architects, and an international human rights lawyer came together to public brainstorm on this problem and to speculate some solutions. This small seminar session following the conference was held at New York University.