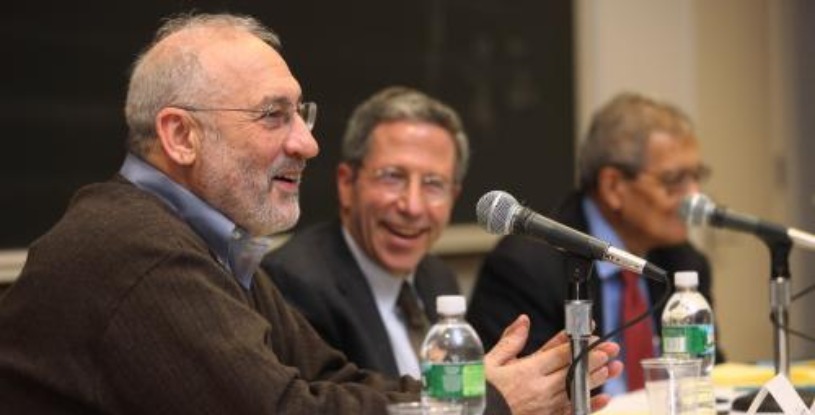 Kenneth Arrow’s path-breaking “impossibility theorem” was a watershed in the history of welfare economics, voting theory, and collective choice, demonstrating that there is no voting rule that satisfies the four desirable axioms of decisiveness, consensus, non-dictatorship, and independence. In this lecture, Amartya Sen and Eric Maskin explore the implications of Arrow’s theorem. Sen considers its ongoing utility, exploring the theorem’s value and limitations in relation to recent research on social reasoning, while Maskin discusses how to design a voting rule that gets us closer to the ideal—given that achieving the ideal is impossible. Kenneth J. Arrow and Joseph Stiglitz serve as discussants.

Eric Maskin is the former Albert O. Hirschman Professor of Economics (2000-2012), Eric Maskin is probably best known for his work on the theory of mechanism design for which he shared the 2007 Nobel Memorial Prize in Economics. He has made contributions to many other areas of economics as well, including the theory of income inequality, the study of intellectual property rights, and political economy.