A Workshop with Professor Stefania Pandolfo and Filmmaker Leila Kilani

In recent years, the Maghreb and the Middle East entered a phase of upheavals and transformations, which shifted from the imagination of possible new worlds, to repression, restoration, and the catastrophic annihilation of forms of life. Yet for a time, the uprisings reopened the circulation of desire–a desire for mobility across the African continent and the Mediterranean. That desire forced a breach into the European order and its proliferating walls. In that confrontation on many fronts, known as the “European refugee crisis” (but whose crisis?) Europe’s “managed inhospitality”, its “smart” borders at sea, and its hybrid articulation of military and humanitarian border security (Operation Mare Nostrum, and Frontex) resulted in the death of thousands. Images of bodies floating on the Mediterranean or washed ashore, of “asylum seekers” waiting on train tracks or tear gassed along the so-called Balkan route, or welcomed in Austria and Germany (only to be soon be rejected again) flooded the world media in 2015 and 2016, producing paradigmatic portraits of victims and totems of humanitarian care, and registering a European anxiety of invasion.

How might this recent history be seen and accounted for otherwise? Anthropologist Stefania Pandolfo and film director Leila Kilani reflect on borders, sovereignty, and dreams, on migration “in anamorphosis”, in an ongoing conversation based on their respective ethnographic and cinematographic work on the passion and counter-image of Burning (al-harg, how undocumented migration is named in the Maghreb), its mythical, theological, and prophetic imaginations, its proximity of life and death, and what it enables as transfiguration and critique. In conversation with Rosalind Morris, they discussed their beginning collaboration on the “other side” of that journey, from the peripheral shore of Southern Sardinia, with its own history of internal Italian migration, disaffected mining, and dispossession, in its encounter with the in-appropriable histories, and vital “intrusion” of Sub-Saharan and other “asylum seekers”. 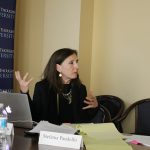 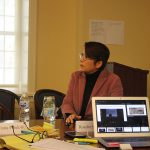 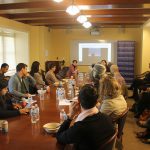 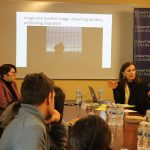 This event is part of the "Unsettlement" CGT Signature Research Project. This project convened scholars in a rigorous, theoretical exploration of a deep and multivalent response to the current and short-term future of migrancy.