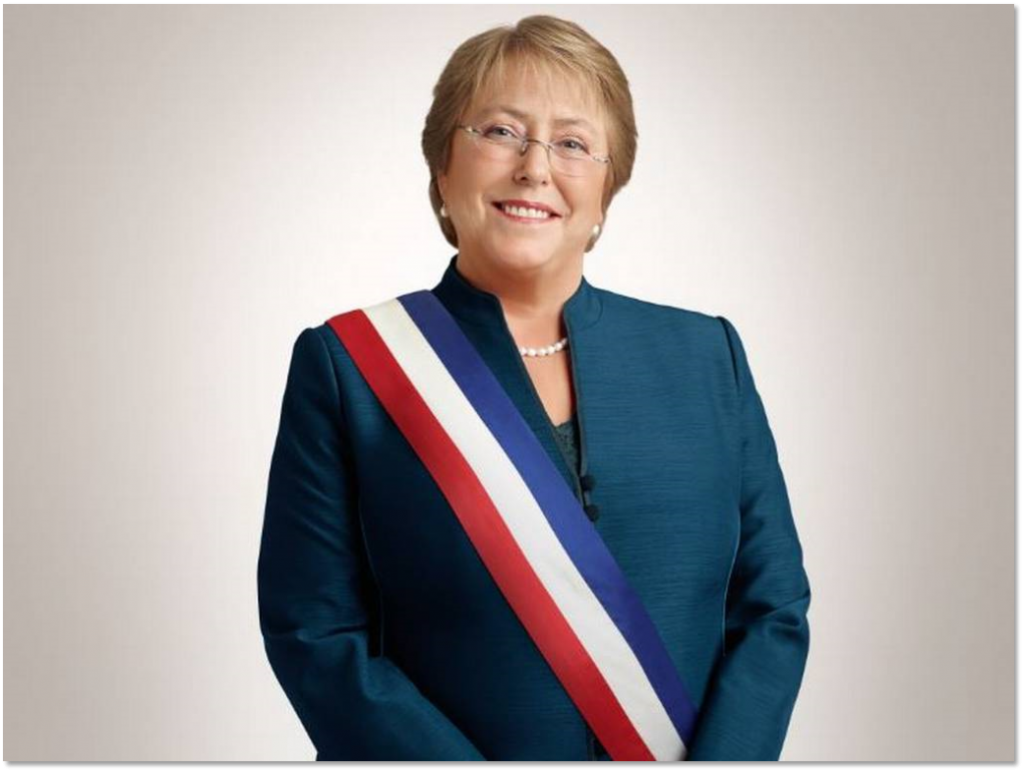 Challenges of Our Democracy: 25 Years After

Her Excellency Michelle Bachelet, President of the Republic of Chile

This World Leaders Forum program featured an address by Her Excellency Michelle Bachelet, President of the Republic of Chile, titled, Challenges of Our Democracy: 25 Years After, followed by a question and answer session with the audience.

Online registration is required and will open here on Wednesday, September 23 at 11:00 a.m.

The Undergraduate Committee on Global Thought presented a workshop with Professor Nara Milanich on Friday, September 25, at 2:00 pm. This workshop is only open to students of Columbia College, School of General Studies, Barnard College & SEAS. Click on the “UCGT” tab above for more information and to register for the workshop.

Special thanks extended to University Programs and Events, the Office of the President of Columbia University, Columbia Global Centers | Santiago, and the Institute of Latin American Studies.

View participant and audience reactions below.

Please note that this event is open to Columbia University affiliates only. Online registration is required and will open here on Wednesday, September 23 at 11:00 a.m.

Her Excellency Michelle Bachelet, President of the Republic of Chile, was born in Santiago on September 29th, 1951. She is the daughter of Alberto Bachelet, a General in the Chilean Air Force, and anthropologist Ángela Jeria; she is mother to Sebastián, Francisca and Sofia. During her childhood, Bachelet lived with her parents in Quintero, Antofogasta, the commune El Bosque in Santiago and the United States.

In 1964, Bachelet returned with her family to Chile, finishing her secondary studies as a distinguished and active student at Liceo N° 1, Javiera Carrera High School in Santiago. In 1970 she began studying in the Medical School at the University of Chile and became an active member of the Youth Socialist group, channeling her drive to serve others and her dedication to helping build a better country.

Following the coup d’état and while coping with the murder of her father in March of 1974, which came as a result of torture and excessive interrogations, Michelle Bachelet had to endure the plights of DINA agents at the Villa Grimaldi and Cualro Álamos detention centers where she was held with her mother. In 1975, both Bachelet and her mother were expelled from Chile. She lived in exile in Australia and Germany where she continued to study medicine and married Chilean architect Jorge Dávalos.

In 1979 she returned to Chile and received her Medical Degree in Surgery and, thanks to her grades and publications, received a scholarship from the Chilean Association of Medicine to specialize in Pediatrics and Public Health at Roberto del Río Hospital. During the 1980’s, Bachelet held several social services positions in institutions such as the Pidee NGO, which is dedicated to providing professional help to children of those detained and victimized by the military regime in Santiago and Chillán.

Beginning in 1990, and in conjunction with the return of democracy, Bachelet worked in the Westen Metropolitan Area Health Service; was incorporated into the National AIDS Commission (Conasida); was a consultant for the Pan-American Health Organization (OPS) and worked in the Ministry of Health on topics related to bettering primary care and management of services. In 1996, interested in participating in the remerging of the civil and military worlds, she specialized in topics related to National Defense, completing two courses on military strategy and continental defense. She later became an advisor to the Ministry of Defense.

In March of 2000, Michelle Bachelet became the Health Minister in Ricardo Lagos Escobar’s government, where she headed up an important improvement process for reducing waiting times and laid the foundation for beginning an overhaul to the Chilean healthcare system. In a widespread and participative process that included citizen forums and round table discussions where users, business people, experts, academics, professional associations, and health unions agreed upon and presented the first legal proposal for the Reform of Health Care Workers’ Rights and Responsibilities.

In 2002, she became the Defense Minister, making her the first woman to hold this position in Chile and Latin America. Under her direction, important changes were made to the Compulsory Military Service, the role of the Ministry and the Military Staff was strengthened, rights for women in the Armed Forces, Police and Investigatory Police were improved, and more Chilean peacekeeping forces were deployed across the world.

In March of 2006, after winning widespread support in elections the previous year, Bachelet became the first female President of the Republic, marking the beginning of a period where the government focused on achieving greater equality and social inclusion in Chile.

In 2010, after finishing her presidential term marked by record citizen support and approval, she created the Fundación Dialoga (Dialog Foundation) in order to continue contributing to the renewal of ideas from center-leftists and to serve as a motivational space for new leadership to form.

In 2010 she becomes the President of the Social Protection Floor Advisory Group, a joint-initiative with the International Labor Organization (ILO) and the World Health Organization (WHO) that works to promote social policies that stimulate economic growth and social cohesion. Under her leadership in 2011, the Council published a report titled “Social Protection Floor for a Fair and Inclusive Globalization,” which currently serves as a guide for the United Nations in this material.

On September 14th, 2011, United Nations Secretary General Ban Ki-moon named Michelle Bachelet the first Director of the recently created UN Women agency, an organization dedicated to fighting for the rights of women and girls internationally. On March 23rd, 2013, after two and a half years of service dedicated to increasing women’s political participation, women’s economic empowerment and fighting to put an end to violence against women, she resigns from the organization to return to Chile.

On March 27th, 2013, Michelle Bachelet returned to Chile and publicly shared her decision to once again become a Presidential candidate, confirming her dedication to public service and to those Chileans who feel she possesses the necessary leadership skills that the country needs. 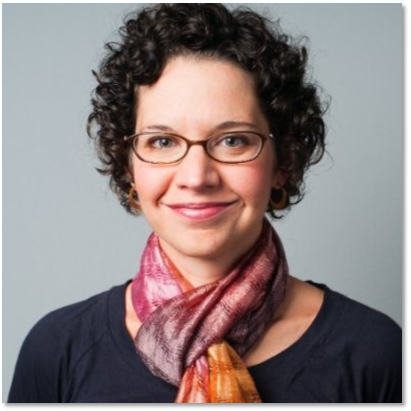 Nara Milanich, Associate Professor of History, joined the faculty of Barnard in 2004. Her scholarly interests include modern Latin America, Chile, and the comparative histories of family, childhood, and gender, and law and social inequality.

Her research and scholarship have been supported by the Fulbright Commission for Educational Exchange, the Social Science Research Council, and the National Endowment for the Humanities.

Professor Milanich writes and publishes in both Spanish and English.

"A Workshop with Professor Nara Milanich"

The Undergraduate Committee on Global Thought presented a workshop with Professor Nara Milanich, Associate Professor of History at Barnard College.

Registration is required. Users must have their Columbia University LionMail credentials active when registering. Click here to register for the workshop on September 25.