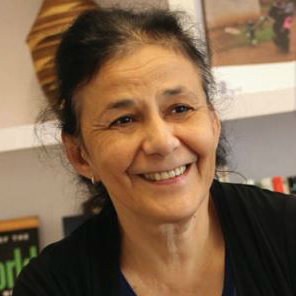 In recognition of their exceptional scholarly merit and distinguished service to Columbia, the University Board of Trustees has approved President Lee C. Bollinger’s appointment of two new University Professors: Martin Chalfie, the William R. Kenan Jr. Professor of Biological Sciences; and Wafaa El-Sadr, Professor of Epidemiology and Medicine. The rank of University Professor is Columbia University’s highest academic honor and, with the addition of professors El-Sadr and Chalfie, there are now 13 current members of the faculty who hold this special honor.

“In everything they do, Marty Chalfie and Wafaa El-Sadr embody Columbia’s core principles of academic excellence and service to our society,” said President Bollinger in announcing the University professorships. “They have lived their lives in the constant pursuit of knowledge and innovation that improve the human condition. It is therefore with great pleasure that we recognize their accomplishments with this distinguished rank and celebrate their contributions as true ambassadors of Columbia University.”

Awarded the Nobel Prize in Chemistry in 2008 for his introduction of green fluorescent protein (GFP) as a biological marker, Professor Martin Chalfie has been a member of the Columbia faculty since 1982. The protein GFP has become a fundamental tool of cell biology, developmental biology, genetics and neurobiology, and has been used to study basic biological principles and investigate disease processes in model organisms. Chalfie has served as a gifted mentor to a generation of undergraduate and graduate students, and played a crucial role in strengthening the Department of Biological Sciences as its chair from 2007 to 2010. As a Nobel Laureate, he has represented Columbia on the international stage, becoming a vocal advocate for basic research and training in the sciences and serving on a variety of scientific advisory boards across the world. A fellow of the American Academy of Arts and Sciences and a member of both the National Academy of Sciences and the Institute of Medicine, Chalfie is a widely published author and sought-after speaker who has earned the admiration and respect of the University’s faculty and students for more than 30 years as the consummate scientist, teacher and colleague. “I am grateful to Columbia not only for this honor, but also for providing me terrific students, great colleagues, and the freedom to follow my intuition,” said Professor Chalfie. “I have particularly enjoyed the freedom of working at the University, because I am empowered to decide the direction of my research. That means I can make mistakes, but it also means that I can pursue ideas as they occur to me, and I find that very rewarding.”

Wafaa El-Sadr has been a revered member of the Columbia community for a quarter of a century, joining the College of Physicians and Surgeons in 1988, and then the Mailman School of Public Health, her alma mater, in 1999. An international expert about epidemiology and research on the prevention and management of HIV/AIDS, tuberculosis and other infectious diseases, Dr. El-Sadr began her career as the HIV/AIDS epidemic took hold in this country. After developing successful methods of responding to the disease through ground-breaking research and innovative models of care in her own community as chief of the Division of Infectious Diseases at Harlem Hospital, she became a renowned leader in the global fight by arming health care systems in Africa and Central Asia with effective strategies for confronting the impact of the HIV/AIDS epidemic. A MacArthur Fellow, a member of the Institute of Medicine and director of both ICAP (the International Center for AIDS Care and Treatment Programs) and the Center for Infectious Disease Epidemiology, Dr. El-Sadr has transformed the lives of millions of people living with HIV/AIDS around the world. Her focus on the health of women and children and on strengthening health systems around the world has established a foundation for addressing many global health threats. She is widely published in scientific literature, a global thought leader, while serving as a model of service and dedication for countless students and colleagues at Columbia and beyond. “I am deeply grateful for the honor of being named a University Professor. It symbolizes the fact that Columbia cares deeply about ideas, but also cares how those ideas affect people in the U.S. and around the world,” said Dr. El-Sadr. “It honors not only my work, but also the essential contributions of the many colleagues and collaborators at Columbia and partners across the globe. I hope to take the opportunities attached to the University Professorship to emphasize how research and teaching can be ever more closely tied to changing lives for the better.”