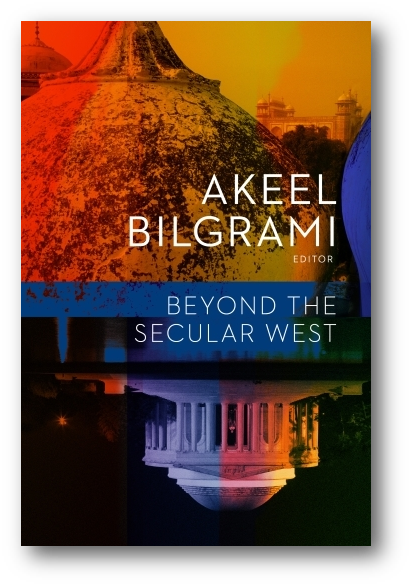 With support from the South Asia Institute and the Institute for Religion, Culture, and Public Life

What is the character of secularism in countries that were not pervaded by Christianity, such as China, India, and the nations of the Middle East? To what extent is the secular an imposition of colonial rule? How does secularism comport with local religious cultures in Africa, and how does it work with local forms of power and governance in Latin America? Has modern secularism evolved organically, or is it even necessary, and has it always meant progress?

A vital extension of Charles Taylor’s A Secular Age, in which he exhaustively chronicled the emergence of secularism in Latin Christendom, this anthology applies Taylor’s findings to secularism’s global migration. Abdullahi Ahmed An-Na’im, Rajeev Bhargava, Akeel Bilgrami, Souleymane Bachir Diagne, Sudipta Kaviraj, Claudio Lomnitz, Alfred Stepan, Charles Taylor, and Peter van der Veer each explore the transformation of Western secularism beyond Europe, and the collection closes with Taylor’s response to each essay. What began as a modern reaction to—as well as a stubborn extension of—Latin Christendom has become a complex export shaped by the world’s religious and political systems. Brilliantly alternating between intellectual and methodological approaches, this volume fosters a greater engagement with the phenomenon across disciplines.

Learn more about Beyond the Secular West at Columbia University Press.

Click here to view more photos from the book talk.

Akeel Bilgrami is the Sidney Morgenbesser Professor of Philosophy and a professor on the Committee on Global Thought at Columbia University. His books include Who's Afraid of Academic Freedom? (Columbia University Press, 2014); Secularism, Identity, and Enchantment (2014); Self-Knowledge and Resentment (2012); and Belief and Meaning (1995).

Prasenjit Duara is the Oscar Tang Chair of East Asian Studies at Duke University. He was born and educated in India and received his PhD in Chinese history from Harvard University. He was previously Professor and Chair of the Dept of History and Chair of the Committee on Chinese Studies at the University of Chicago (1991-2008). Subsequently, he became Raffles Professor of Humanities and Director, Asia Research Institute at National University of Singapore (2008-2015).

Sudipta Kaviraj is a specialist in intellectual history and Indian politics. He works on two fields of intellectual history - Indian social and political thought in the 19th and 20th centuries and modern Indian literature and cultural production. His other fields of interest and research include the historical sociology of the Indian state, and some aspects of Western social theory. He received his Ph.D. from Jawaharlal Nehru University, New Delhi. Prior to joining Columbia University, he taught at the Department of Political Studies at the School of Oriental and African Studies, University of London. He has also taught Political Science at JNU, and was an Agatha Harrison Fellow at St. Antony's College, Oxford. He is a member of the Subaltern Studies Collective.

Beyond the Secular West takes place at Columbia University in 918 International Affairs Building.