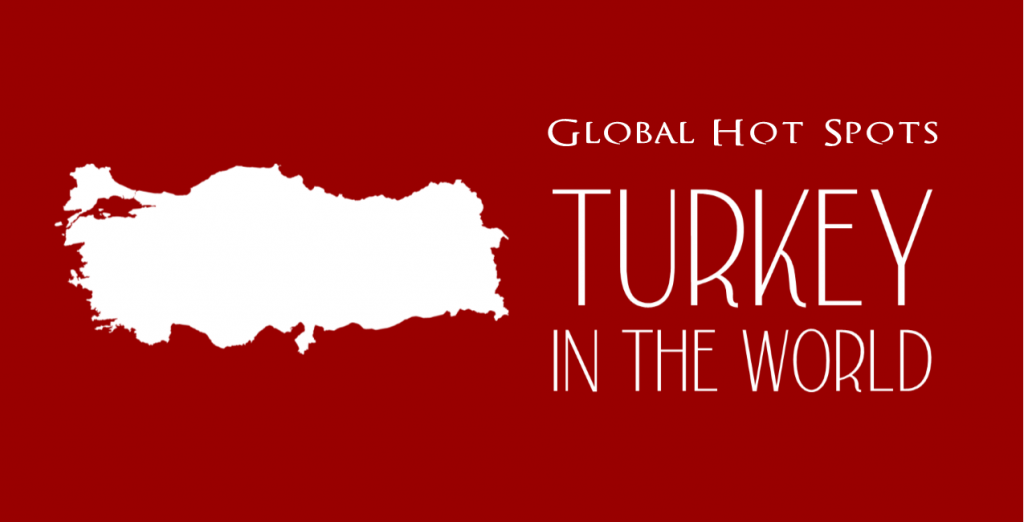 One event in a new series on Global Hot Spots 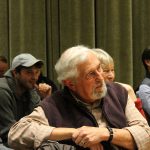 Audience members listen to the panelists presentations about Turkey. 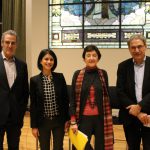 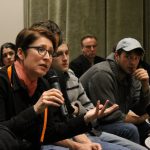 Rosalind Morris asks a question to the panel. 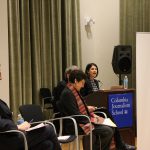 Turkuler Isiksel gives her presentation while her fellow panelists listen. 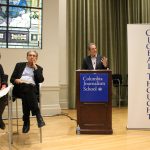 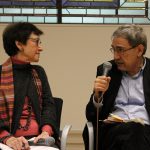 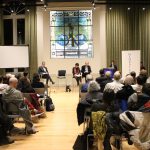 Audience members waiting for the event to begin. 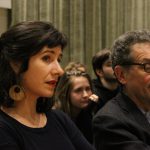 A few of the audience members in attendance at the event. 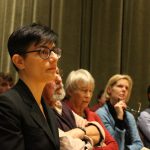 Audience members engaged in the discussion of the panelists.

Click here to view all photos from this event.

Registration is required for Global Hotspots: Turkey in the World. Please click on the registration button below. 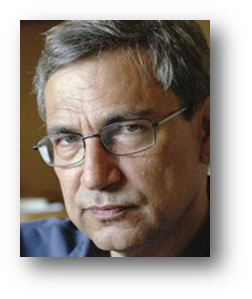 Orhan Pamuk is one of Turkey's most prominent novelists. His titles in English include The White Castle, The Black Book, The New Life, My Name Is Red, Snow, Istanbul: Memories of a City, Other Colors: Essays and a Story, and most recently The Museum of Innocence and A Strangeness in My Mind. His work has been translated into more than 40 languages and he has received numerous prestigious international prizes, including IMPAC Dublin Literary Award, Le Prix Mediterranee etranger, the Prix Medicis, the Ricarda Huch Prize, and honorary membership in the American Academy of Arts and Letters. In 2006, he was awarded the Nobel Prize in Literature. He is the Robert Yik-Fong Tam Professor of the Humanities at Columbia University’s School of the Arts and a Fellow at the Committee on Global Thought. 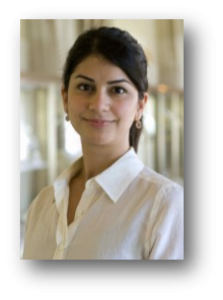 N. Turkuler Isiksel is the James P. Shenton Assistant Professor of the Core Curriculum at the Department of Political Science at Columbia University, and a Member of the Committee on Global Thought. She holds a PhD in political science from Yale University and works primarily in contemporary political theory. In her work, Isiksel focuses on the ways in which descriptive and normative categories tailored to the nation-state apply to institutions that wield political power beyond that context, such as regional organizations, international economic regimes, and transnational courts.

Professor Isiksel is currently at work on a book manuscript tentatively entitled Europe’s Functional Constitution, which evaluates the extent to which constitutionalism, as a normative and empirical concept, can be adapted to supranational institutions. She addresses this question in the light of the European Union’s legal order, arguing that the economically driven process of European integration has brought into being a qualitatively distinct form of constitutional practice that cannot be understood in the light of the conventional rights-based and popular sovereigntist models of constitutionalism.

Her other research interests include the evolution of ideas about commerce and international politics in eighteenth century political thought, as well as theories of sovereignty, delegated governance, citizenship, cosmopolitanism, constitutional theory, and Turkey-E.U. relations. 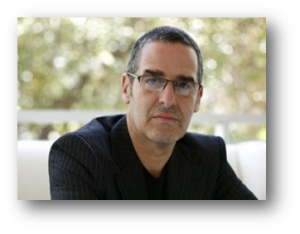 Mark Mazower, Ira D. Wallach Professor of History, is a historian and writer, specializing in modern Greece, 20th century Europe and international history, and a Member of the Committee on Global Thought. His current interests include the history of international norms and institutions, the history of Greek independence, and the historical evolution of the Greek islands in the very long run. He read classics and philosophy at Oxford, studied international affairs at Johns Hopkins University’s Bologna Center, and has a doctorate in modern history from Oxford (1988).

His books include Inside Hitler’s Greece: The Experience of Occupation, 1941-44 (Yale UP, 1993); Dark Continent: Europe’s 20th Century (Knopf, 1998); The Balkans (Weidenfeld and Nicolson, 2000); and After the War was Over: Reconstructing the Family, Nation and State in Greece, 1943-1960 (Princeton UP, 2000). His Salonica City of Ghosts: Christians, Muslims and Jews, 1430-1950 (HarperCollins, 2004) was awarded the Duff Cooper Prize. In 2008 he published Hitler’s Empire: Nazi Rule in Occupied Europe (Allen Lane) which won that year’s LA Times Book Prize for History. His most recent book is Governing the World: the History of an Idea (Penguin: London and New York, 2012). He is currently the director of the Heyman Center for the Humanities and the Center for International History, as well as Chair of the History Department at Columbia University. His articles and reviews on history and current affairs appear regularly in the Financial Times, the Guardian, London Review of Books, The Nation and The New Republic.

Carol Gluck is the George Sansom Professor of History in the departments of History, East Asian Languages and Cultures, and the Weatherhead East Asian Institute, and the Chair of the Committee on Global Thought.

A founding member of the Committee on Global Thought, she specializes in the history of modern Japan from the mid-nineteenth century to the present, with writings in modern social and cultural history, international relations, World War II, history-writing and public memory in Japan and the West.  She has a B.A. from Wellesley and a Ph.D. from Columbia, including study in Munich and Tokyo. She has taught at the Universities of Tokyo, Venice, and Leiden, Harvard, and the Ecole des hautes études en sciences sociales.

For more information on the Columbia Journalism School, visit journalism.columbia.edu.