‘Mistakes Were Made’: Apologies and the Politics of Making Amends

Why do we apologize? What are the elements of an effective apology? When is an apology not an apology? Can anger, resentment, and unforgiveness be a virtue? Dr. Mouradian will examine these questions by analyzing apologies offered by governments and political leaders, corporations, and public figures. After exploring interpersonal and group apologies (and non-apologies), the discussion will tackle themes of forgiveness, unforgiveness, and (re)conciliation.

Khatchig Mouradian is a lecturer in Middle Eastern, South Asian, and African Studies (MESAAS) at Columbia University. He is the author of The Resistance Network: The Armenian Genocide and Humanitarianism in Ottoman Syria, 1915-1918. In 2021, Mouradian was appointed the Armenian and Georgian Area Specialist in the African and Middle Eastern Division (Near East Section) at the Library of Congress. Mouradian has published articles on concentration camps, unarmed resistance, the aftermath of mass violence, midwifery in the Middle East, and approaches to teaching history. The courses he teaches at Columbia include: “Apologies and Non-Apologies” and “War, Genocide, and their Aftermath.” 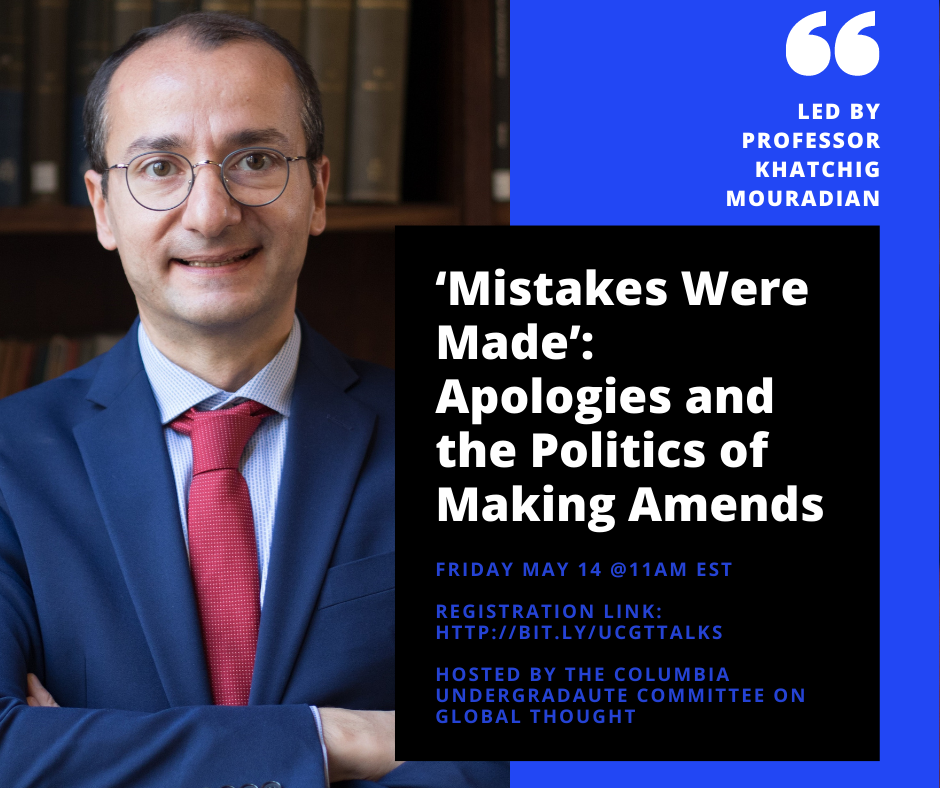