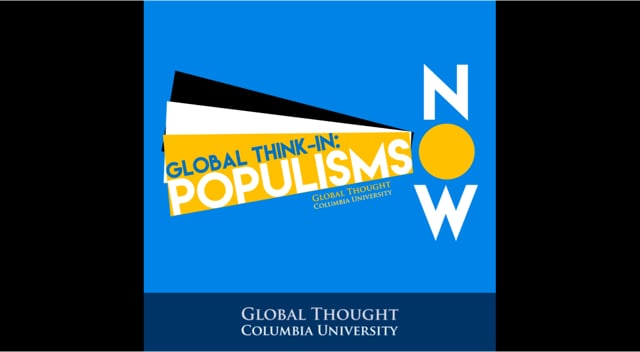 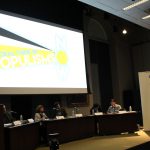 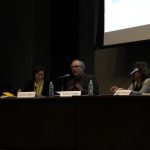 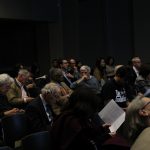 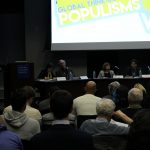 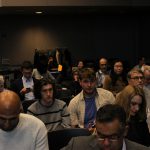 Audience members listening to the panelists. 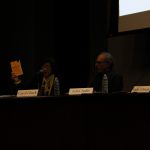 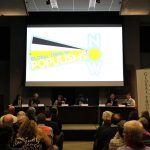 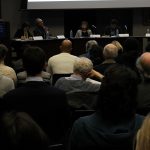 Panelists and audience members during the event. 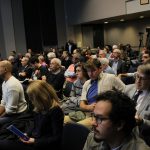 Audience members in attendance at the global think-in.

Click here to view all photos from this Global Think-in.

Registration for the Global Think-in: Populisms Now has closed. 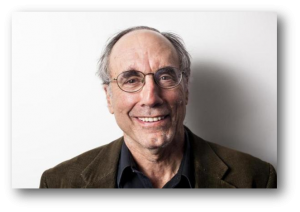 John Judis is Editor-At-Large at Talking Points Memo. He was a senior editor of The New Republic and senior writer for The National Journal. He is the author of seven books, including Genesis: Truman, American Jews, and the Origin of the Arab-Israeli Conflict (Farrar, Straus & Giroux, 2014), The Folly of Empire: What George W. Bush Could Learn from Theodore Roosevelt and Woodrow Wilson (Scribner, 2004), The Emerging Democratic Majority with Ruy Teixeira (Scribner, 2002), and The Paradox of American Democracy: Elites, Special Interests, and Betrayal of Public Trust (Pantheon, 2000). He has written for numerous publications, including The New York Times Magazine, Mother Jones, and The Washington Post. Born in Chicago, he received his B.A. and M.A. degrees in Philosophy from the University of California, Berkeley. He lives in Silver Spring, MD. 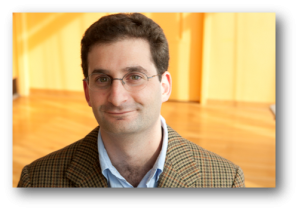 Federico Finchelstein, Professor of History at The New School for Social Research, is the author of five books on fascism, populism, Dirty Wars, the Holocaust and Jewish history in Latin America and Europe. His new book, The Ideological Origins of the Dirty War (2014), focuses on the theory and practice of the fascist idea throughout the twentieth century, analyzing the connections between fascism and the Holocaust, antisemitism, and the military junta's practices of torture and state violence, with its networks of concentration camps and extermination. His previous book, Transatlantic Fascism (2010), studies the global connections between Italian and Argentine fascism. More than 50 academic articles and reviews by Mr. Finchelstein, on subjects including fascism, Latin American populism, genocide, and anti-Semitism, have been published in books and specialized peer-reviewed journals in a number of languages. He has been a contributor to major American, European, and Latin American newspapers, including The New York Times, The Guardian, International Herald Tribune, Mediapart (France), El Diario (NYC) Clarin (Argentina) and Folha de S.Paulo (Brazil 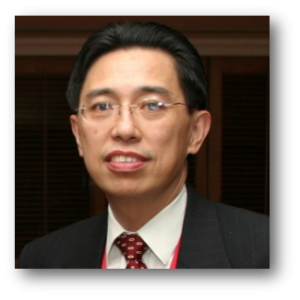 Xiaobo Lü, Professor of Political Science, joined the Barnard faculty in 1994. In addition to his teaching duties for the Department of Political Science, he is affiliated with the Human Rights Studies Program at Barnard. He served as Director of the Weatherhead East Asia Institute, Columbia University. From fall 2008 through summer 2010 he was in Beijing as the founding Director of Columbia Global Centers | East Asia. Professor Lü teaches such courses as "Asian Politics," "Politics of Development in East Asia," "Introduction to Comparative Politics," and "Introduction to Contemporary Chinese Politics." He is a recipient of the Emily Gregory Award for Excellence in Teaching at Barnard College. Professor Lü's research interests include Chinese politics and society, political corruption and governance, and the political economy of transition from state socialism. His research and scholarship have been supported by the Open Society Institute (Soros Foundation), the Pacific Cultural Foundation, The Asia Foundation, and the International Political Science Association. Professor Lü serves on the editorial board of the Journal of Chinese Political Science and on the senior editorial board of Crime, Law, and Social Change. 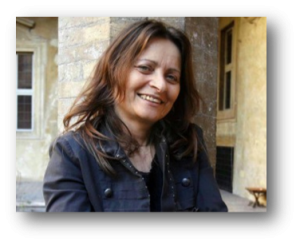 Nadia Urbinati, the Kyriakos Tsakopoulos Professor of Political Theory and Hellenic Studies at Columbia University, is a political theorist who specializes in modern and contemporary political thought and the democratic and anti-democratic traditions. She co-chaired the Columbia University Faculty Seminar on Political and Social Thought and founded and chaired the Workshop on Politics, Religion and Human Rights. She is co-editor with Andrew Arato of the journal Constellations: An International Journal of Critical and Democratic Theory.

Professor Urbinati is the author of Representative Democracy: Principles and Genealogy, and of Mill on Democracy: From the Athenian Polis to Representative Government. She has edited Carlo Rosselli, Liberal Socialism and Piero Gobetti, On Liberal Revolution. She co-edited with Monique Canto-Sperber Le socialism libéral: Une anthologie; Europe-États-Unis; with Alex Zakaras, John Stuart Mill's Political Thought: A Bicentennial Reassessment, and, with Stefano Recchia, A Cosmopolitanism of Nations: Giuseppe Mazzini's Writings on Democracy, Nation Building, and International Relations. She is co-editing with Steven Lukes Condorcet's Political Writing. 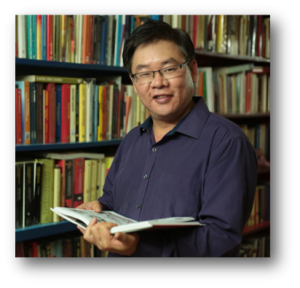 Lawrence Liang, is the Rice Visiting Fellow in the South Asian Studies Council at the MacMillan Center. He is a lawyer and writer based in Bangalore. A co-founder of Alternative Law Forum, a collective of lawyers working on public interest issues, Liang worked at ALF for fifteen years. He is currently a professor of law at Ambedkar University, New Delhi. Liang holds a Ph.D. in film studies from Jawaharlal Nehru University, New Delhi, and his area of interest is in the intersection of law, culture and technology. Liang has published widely on these issues and is also the co-founder of public access digital media archive (pad.ma) and Indiancine.ma an online archive and encyclopedia of Indian films. Liang has also been a Fulbright scholar at Columbia University and a Hughes scholar the University of Michigan.

Carol Gluck is the George Sansom Professor of History in the departments of History, East Asian Languages and Cultures, and the Weatherhead East Asian Institute, and the Chair of the Committee on Global Thought.

A founding member of the Committee on Global Thought, she specializes in the history of modern Japan from the mid-nineteenth century to the present, with writings in modern social and cultural history, international relations, World War II, history-writing and public memory in Japan and the West.  She has a B.A. from Wellesley and a Ph.D. from Columbia, including study in Munich and Tokyo. She has taught at the Universities of Tokyo, Venice, and Leiden, Harvard, and the Ecole des hautes études en sciences sociales.