Americans of all political persuasions fear that “free speech” is under attack. This may seem strange at a time when legal protections for free expression remain strong and overt government censorship minimal. Yet a range of political, economic, social, and technological developments have raised profound challenges for how we manage speech. New threats to political discourse are mounting—from the rise of authoritarian populism and national security secrecy to the decline of print journalism and public trust in experts to the “fake news,” trolling, and increasingly subtle modes of surveillance made possible by digital technologies.

The essays included in “The Perilous Public Square” were commissioned by the Knight First Amendment Institute at Columbia University and first published as part of a Knight Institute series that David Pozen edited in his capacity as the Institute’s inaugural Visiting Scholar.

David E. Pozen is Charles Keller Beekman Professor of Law at Columbia Law School and served as the inaugural visiting scholar at the Knight First Amendment Institute. He is coeditor of Troubling Transparency: The History and Future of Freedom of Information (Columbia, 2018). In 2019, the American Law Institute awarded Pozen its Early Career Scholars Medal.

Matthew Connelly is a professor of history at Columbia and principal investigator of History Lab, a project to use data science to preserve historical accountability in the age of “big data.” He received his BA from Columbia and his PhD from Yale. His next book, to be published by Pantheon, is a history of official secrecy in the United States.

Tim Wu is the Julius Silver Professor at Columbia Law School and the author of
The Master Switch: The Rise and Fall of Information Empires (2011), The Attention Merchants: The Epic Scramble to Get Inside Our Heads (2016), and The Curse of Bigness: Antitrust in the New Gilded Age (2018). A Silicon Valley veteran, he has also worked in state and federal government.

Emily Bazelon is a staff writer at the New York Times Magazine, the Truman Capote Fellow for Creative Writing and Law at Yale Law School, and a co-host of the Slate Political Gabfest, a popular weekly podcast. She is the author of two national bestsellers published by Penguin Random House: Charged, about the power of prosecutors, and Sticks and Stones, about how to prevent bullying. Charged won the 2020 Los Angeles Times Book Prize in the current interest category and the Silver Gavel Book Award from the American Bar Association.
Before joining the Times Magazine, Emily was a writer and editor for nine years at Slate. She is a graduate of Yale College and Yale Law School. 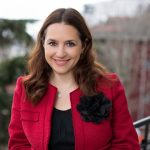 Ipek Cem Taha is Director of Columbia Global Centers | Istanbul. She is a businesswoman, journalist, and an active board member of leading Turkish and international organizations. İpek is also a Trustee of Robert College of Istanbul and of Işık University. She has also been a board member of the International Advisory Council of Columbia University. İpek holds an MBA from Columbia Graduate School of Business and an MIA from the School of International and Public Affairs.