THE CGT IS PROUD TO CO-SPONSOR:

The Role of the Radical Writer 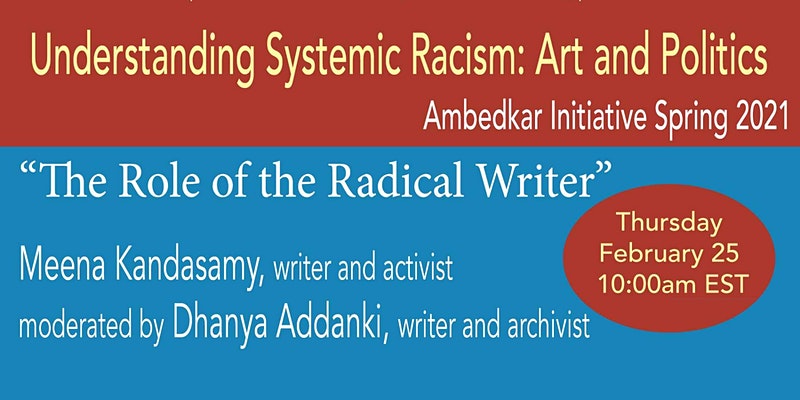 Read the introductory statement and watch the archive of the Fall 2020 web series here.

The Ambedkar lecture series is cosponsored by the Office of EVP of Arts and Sciences; Barnard Provost’s Office; Office of the Deans of Humanities and Social Sciences; IRAAS; AAADS; IRCPL; MESAAS; CSER; Columbia Committee on Global Thought; CU Libraries; and CU Press 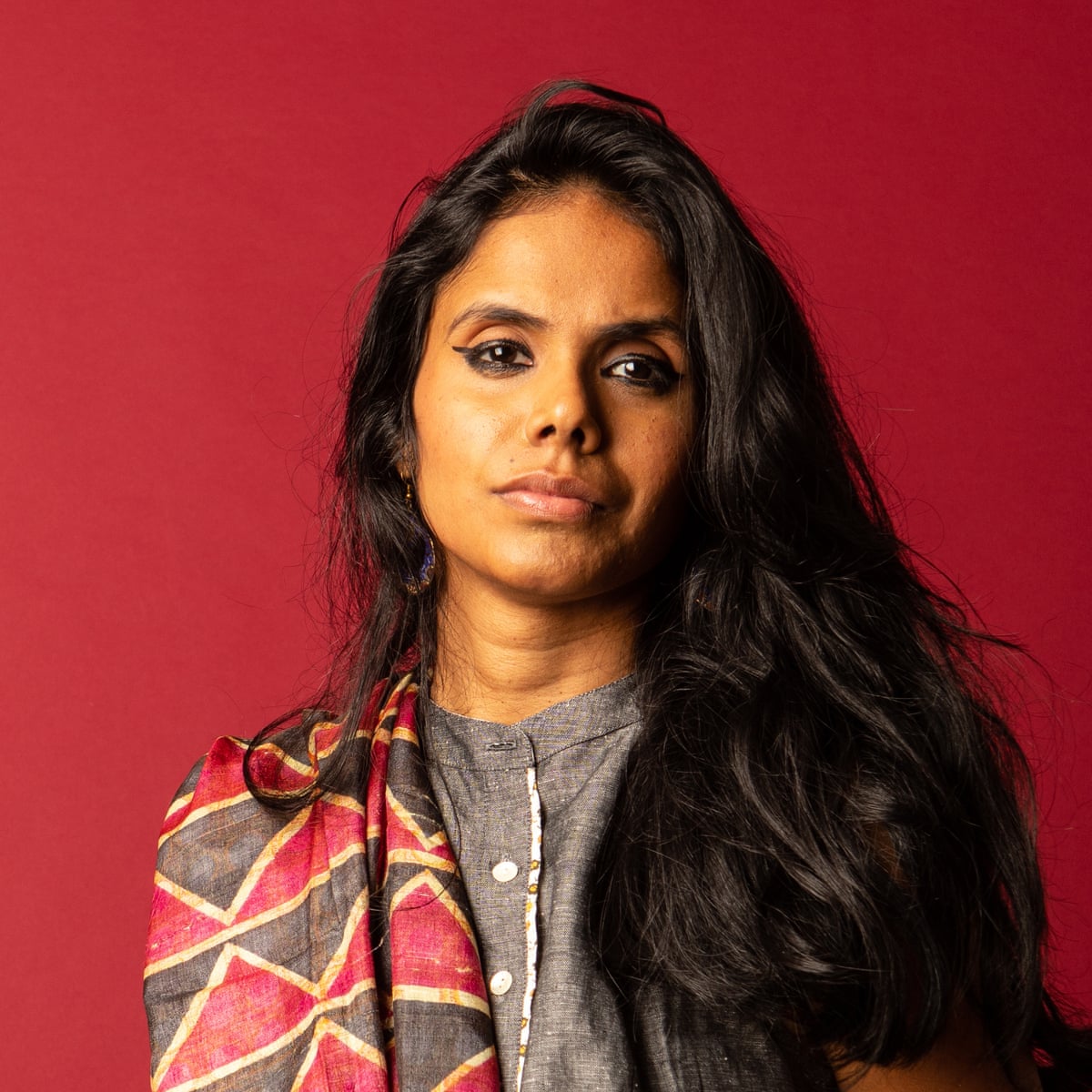 Meena Kandasamy combines her love for the written word with the struggle for social justice through poetry, translation, fiction and essays. Her debut collection of poems, Touch (Peacock Books Mumbai, 2006) was themed around caste and untouchability, and her second, Ms Militancy (New Delhi, Navayana Publishers, 2010), was an explosive, feminist retelling/reclaiming of Tamil and Hindu myths. Her critically acclaimed first (anti)novel, The Gypsy Goddess (Atlantic Books, London/4th Estate HarperCollins India, 2014), smudged the line between powerful fiction and fearsome critique in narrating the 1968 massacre of forty-four landless untouchable men, women and children striking for higher wages in the village of Kilvenmani, Tanjore. It was chosen by The Independent as a debut of the year. Her second novel, When I Hit You: Or, The Portrait of the Writer As A Young Wife (Atlantic, 2017), was a work of autofiction explor​ing​ poetry, the dark heart of language, French feminist philosophy and ​leftist discourse to lift the veil on the silence surrounding domestic violence and marital rape in India. It was chosen as a book of the year by The Guardian, The Daily Telegraph, Financial Times, and The Observer. She was a fellow of the International Writing Program (IWP) at the University of Iowa in 2009, and a British Council Charles Wallace India Trust Fellow at the University of Kent in 2011. She has performed her poetry in literary festivals around the world and has held residencies in Hong Kong, Berlin and New Delhi. She has written op-eds for Al Jazeera, Financial Times, Newsweek Middle-East, Himal South Asian, The Hindu, ​India Today, New Internationalist among other places. She holds a PhD in sociolinguistics, and has translated several books from Tamil. Her work has appeared in eighteen languages. 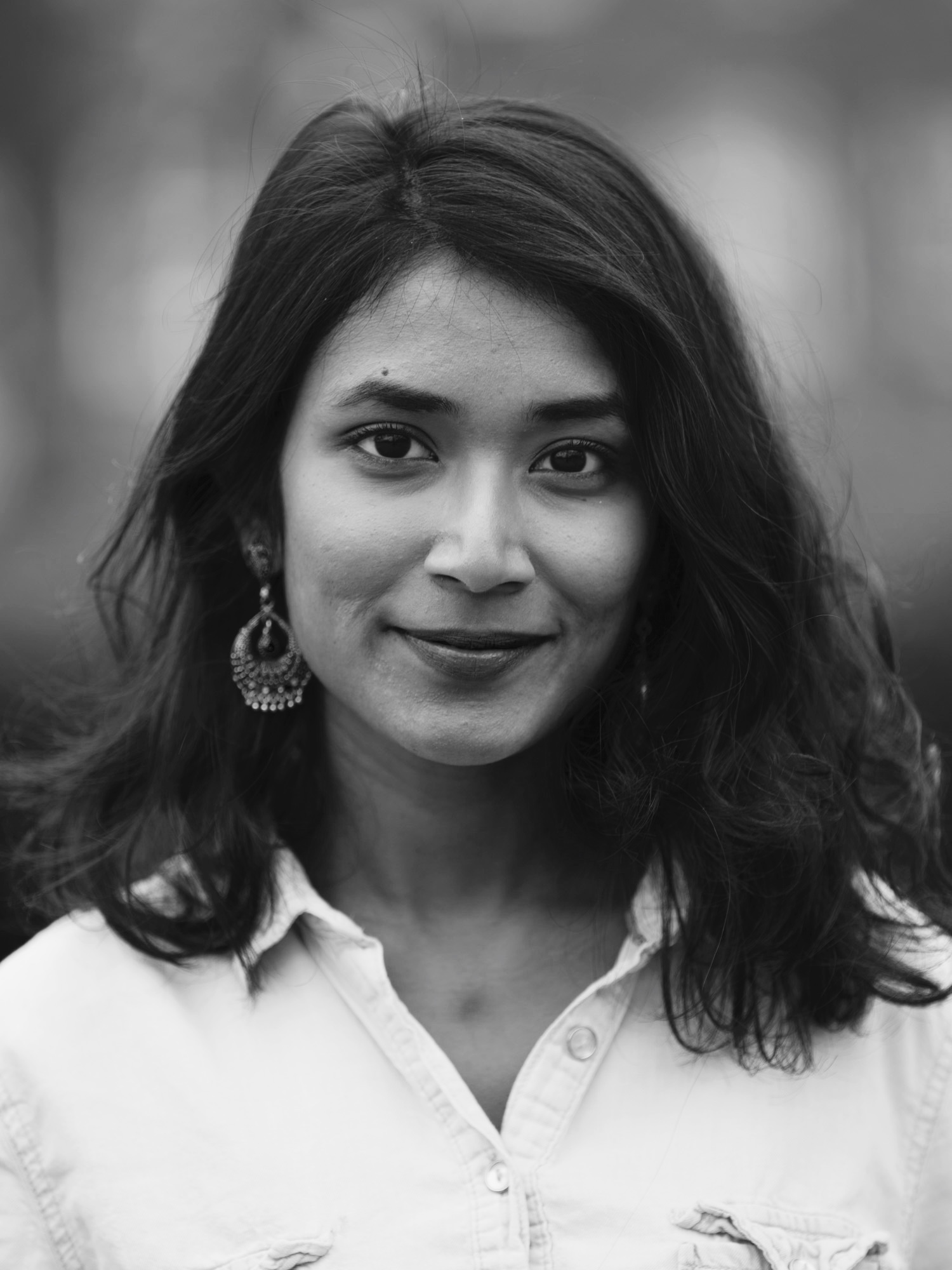 Dhanya Addanki is an  archival fellow with the South Asian American Digital Archive. Previously, she worked as Associate Web Editor at Sojourners. Addanki navigates between reporter, opinion writer, and editor, all through the lens of understanding how policy, representation in media, and language affect people groups and individuals. Through this, she constructs stories of privilege, identity, and culture and study how these factors affect issues of justice, equality, equity, and faith in communities across the globe. Addanki is curious about how people in poverty, people of color, and marginalized people are represented in our current media. She asks, how do these representations affect our culture today? How can we change negative representation and give the people power through story?

Addanki was born in South India and raised in South Texas and experience culture shock almost daily. When she's not doing journalistic things, you can find me curled up in a blanket watching 90s cartoons.