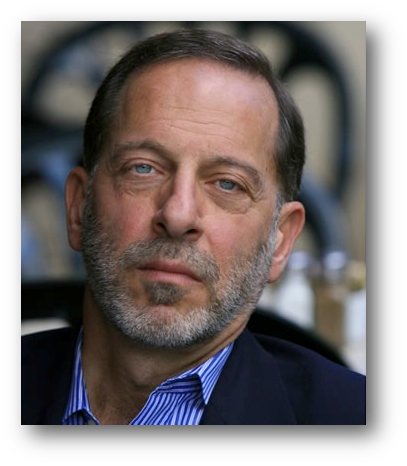 Join Professor Rashid Khalidi for a conversation on the Palestine’s history. The Talks with Professors series allows students to engage in casual and meaningful conversations with distinguished scholars in a laid-back, informal setting. Open to Columbia University students only.

Khalidi is the author of Brokers of Deceit: How the U.S. has Undermined Peace in the Middle East, 2013, winner of the Lionel Trilling Book Award and the MEMO Book Award; Sowing Crisis: American Dominance and the Cold War in the Middle East, 2009; The Iron Cage: The Story of the Palestinian Struggle for Statehood, 2006, translated into French, Arabic and Hebrew; Resurrecting Empire: Western Footprints and America’s Perilous Path in the Middle East, 2004 translated into French, Italian and Spanish; Palestinian Identity: The Construction of Modern National Consciousness, 1997 winner of the Middle East Studies Association’s Albert Hourani Prize for best book of 1997, translated into Arabic, French, Italian and Spanish and reissued with a new introduction in 2010; Under Siege: PLO Decision-making during the 1982 War, 1986, translated into Arabic and Hebrew and reissued with a new preface in 2014; and British Policy towards Syria and Palestine, 1906-1914, 1980. He is the co-editor of Palestine and the Gulf, 1982, and The Origins of Arab Nationalism, 1991, and has written over 110 scholarly articles.

He has written for The New York Times, The Financial Times, The Boston Globe, The Los Angeles Times, The Chicago Tribune, Vanguardia, The London Review of Books, and The Nation. He has been interviewed in Le Monde, Haaretz, Milliyet, al-Quds, and The Chronicle of Higher Education. He has been a guest on radio and TV shows including All Things Considered, Talk of the Nation, Morning Edition, The News Hour, The Charlie Rose Show, GPS with Fareed Zakaria, Amanpour on CNN International, and Nightline, and on the BBC, Radio France Inter and France Culture, the CBC, al-Jazeera, al-‘Arabiyya, Russia Today, and the Voice of America. 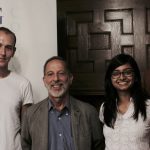 Rashid Khalidi with members of The Undergraduate Committee on Global Thought (UCGT). 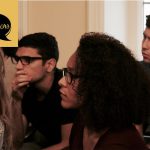 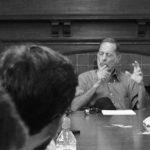 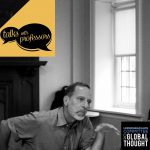 Read more about the UCGT.