Vaccine Equity: The Interdependence Challenge of Our Time 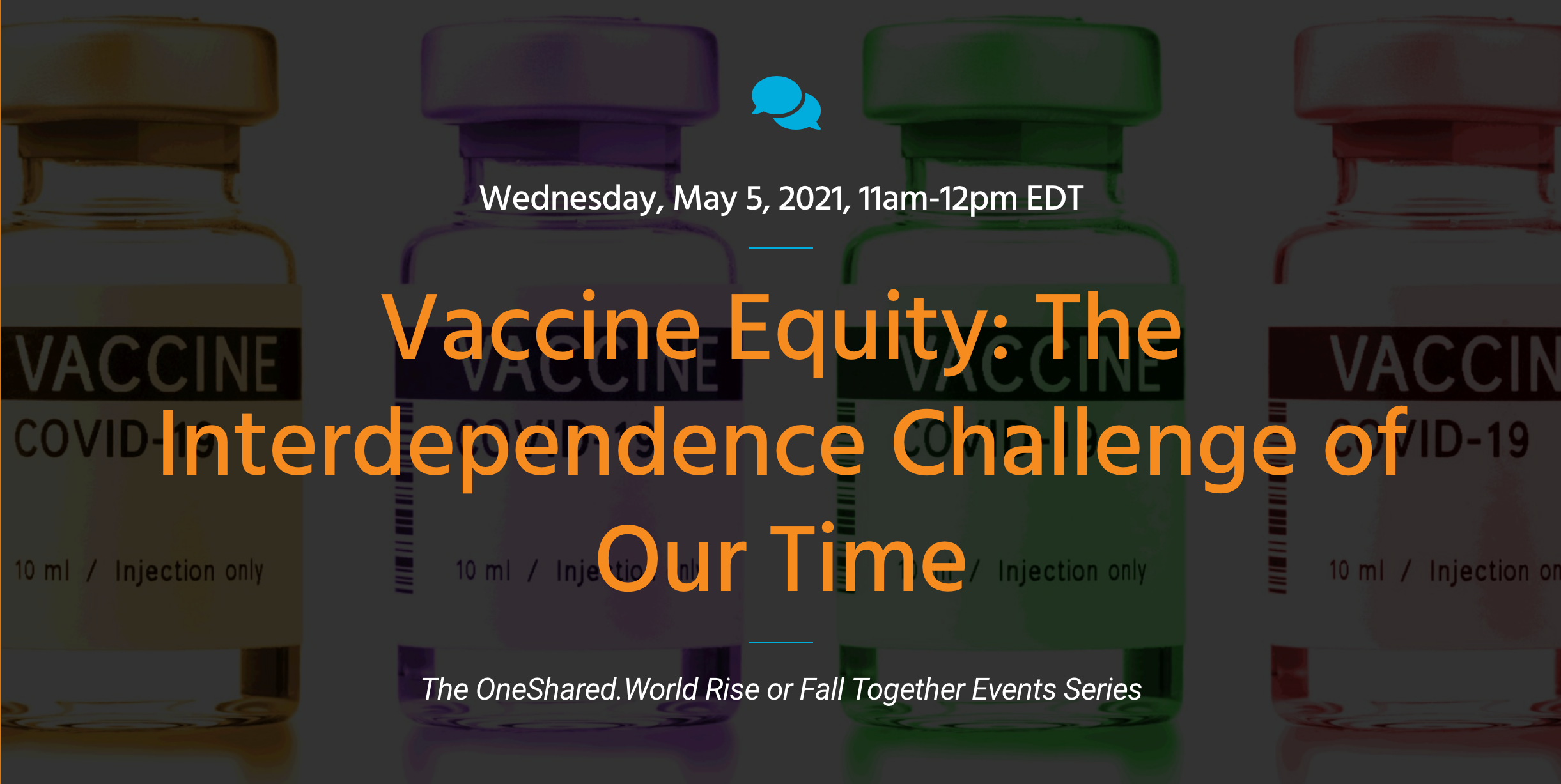 Although COVID-19 vaccines are showing tremendous efficacy against the SARS-CoV-2 virus, it’s becoming increasingly clear that a vaccination strategy that does not ensure some level of global vaccine equity will leave all of unnecessarily at risk. We all know that ensuring global vaccine equity is morally justified, but it also might be the best strategy for ending the pandemic and building toward a recovery that helps everyone. If so, how do we turn that vision into a reality? In our increasingly interdependent world, vaccine equity is not charity but the smartest investment we can make for a better future for all.

Please join us for this important conversation with voices leading global efforts to address the current, and potential future pandemics. This program is part of the OneSharedWorld Rise or Fall Together event series. Registration is free.

Dr. Tedros Adhanom Ghebreyesus was elected as WHO Director-General for a five-year term by WHO Member States at the Seventieth World Health Assembly in May 2017. He is the first WHO Director-General to have been elected from multiple candidates by the World Health Assembly, and is the first person from the WHO African Region to serve as WHO’s chief technical and administrative officer. Immediately after taking office on 1 July 2017, Dr. Tedros outlined five key priorities for the Organization: universal health coverage; health emergencies; women’s, children’s and adolescents’ health; health impacts of climate and environmental change; and a transformed WHO.

Margaret Hamburg, MD is the former Commissioner of the U.S. Food and Drug Administration, having stepped down from that role in April 2015 after almost six years of service.

Dr. Hamburg earned her B.A. from Harvard College, her M.D. from Harvard Medical School and completed an Internal Medicine residency at Weill Cornell Medical Center. Following completion of her formal medical training, Dr. Hamburg went to Washington to explore the world of health policy. She soon took on a role as Assistant Director of the National Institute of Allergy And Infectious Diseases (NIAID) of the National Institutes of Health (NIH). She then became NYC Commissioner of Health, serving three years under Mayor Dinkins and three years under Mayor Giuliani.