Who Gets to Speak?

Regulated Speech in a Global Context

Agnès Callamard is the Director of Columbia University Global Freedom of Expression and acts as Special Adviser to President Bollinger. She has had a distinguished career in human rights and humanitarian work globally. Dr. Callamard has led human rights investigations in more than 30 countries and she was appointed the U.N. Special Rapporteur on Extra-Judicial summary or arbitrary Executions.

David A. Schulz is a Senior Research Scholar in Law and the Floyd Abrams Clinical Lecturer in Law at Yale Law School. He is a partner in the law firm Levine Sullivan Koch and Schulz LLP, and specializes in media law, First Amendment, and intellectual property law. He also lectures at Columbia Law School.

Ann Cooper is an award-winning journalist and foreign correspondent with more than 25 years of radio and print reporting experience. She also worked eight years as executive director of the Committee to Protect Journalists, a press freedom advocacy group, prior to joining the Columbia Faculty. 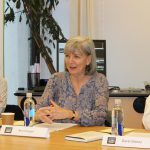 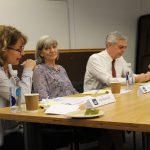 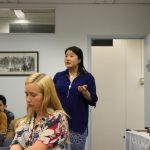 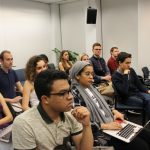 Click here to see more photos from the event.

The forum will take place on Monday, April 10, 2017 from 7-8pm in the International Affairs Building, room 918 at Columbia University unless otherwise noted.