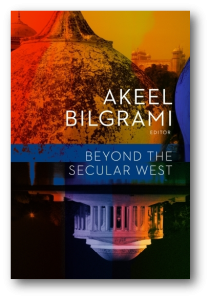 What is the character of secularism in countries that were not pervaded by Christianity, such as China, India, and the nations of the Middle East? To what extent is the secular an imposition of colonial rule? How does secularism comport with local religious cultures in Africa, and how does it work with local forms of power and governance in Latin America? Has modern secularism evolved organically, or is it even necessary, and has it always meant progress?

A vital extension of Charles Taylor’s A Secular Age, in which he exhaustively chronicled the emergence of secularism in Latin Christendom, this anthology applies Taylor’s findings to secularism’s global migration. Abdullahi Ahmed An-Na’im, Rajeev Bhargava, Akeel Bilgrami, Souleymane Bachir Diagne, Sudipta Kaviraj, Claudio Lomnitz, Alfred Stepan, Charles Taylor, and Peter van der Veer each explore the transformation of Western secularism beyond Europe, and the collection closes with Taylor’s response to each essay. What began as a modern reaction to—as well as a stubborn extension of—Latin Christendom has become a complex export shaped by the world’s religious and political systems. Brilliantly alternating between intellectual and methodological approaches, this volume fosters a greater engagement with the phenomenon across disciplines.