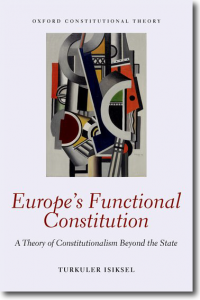 Constitutionalism has become a byword for legitimate government, but is it fated to lose its relevance as constitutional states relinquish power to international institutions? This book evaluates the extent to which constitutionalism, as an empirical idea and normative ideal, can be adapted to institutions beyond the state by surveying the sophisticated legal and political system of the European Union. Having originated in a series of agreements between states, the EU has acquired important constitutional features like judicial review, protections for individual rights, and a hierarchy of norms. Nonetheless, it confounds traditional models of constitutional rule to the extent that its claim to authority rests on the promise of economic prosperity and technocratic competence rather than on the democratic will of citizens.