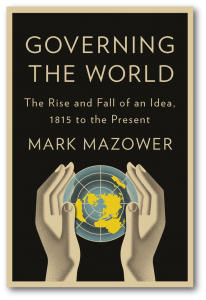 The story of global cooperation is a tale of dreamers goading us to find common cause in remedying humanity’s worst problems. But international institutions are also tools for the powers that be to advance their own interests. Mark Mazower’s Governing the World tells the epic, two-hundred-year story of that inevitable tension—the unstable and often surprising alchemy between ideas and power. From the rubble of the Napoleonic empire in the nineteenth century through the birth of the League of Nations and the United Nations in the twentieth century to the dominance of global finance at the turn of the millennium, Mazower masterfully explores the current era of international life as Western dominance wanes and a new global balance of powers emerges.