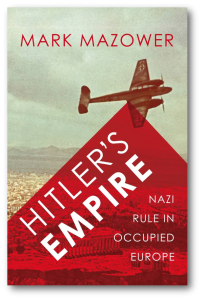 Hitler’s Empire constituted the largest, most brutal and most ambitious reshaping of the continent ever attempted in Europe’s history. Liberalism and democracy were swept aside, as Germany aimed to turn itself into the most powerful state on the continent, and to compel everyone else to recognize its mastery. Europe’s future was to lie in a new racial order based on the uprooting, resettlement and extermination of millions of people. Hitler’s Empire charts the landscape of the Nazi imperial imagination – from those economists who dreamed of turning Europe into a huge market for German business, to Hitler’s own plans for new trans-continental motorways passing over the ethnically cleansed Russian steppe, and earnest in-house SS discussions of political theory, dictatorship and the rule of law.Above all, this chilling account shows too what happened as these ideas met reality. After their early battlefield triumphs, the sheer bankruptcy of the Nazis’ political vision for Europe became all too clear: their allies bailed out, their New Order collapsed in military failure, and they left behind a continent corrupted by collaboration, impoverished by looting and exploitation, and grieving the victims of total war and genocide.