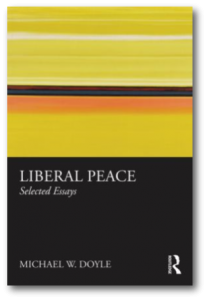 The volume begins by outlining the two legacies of liberalism in international relations – how and why liberal states have maintained peace among themselves while at the same time being prone to making war against non-liberal states. Exploring policy implications, the author focuses on the strategic value of the inter-liberal democratic community and how it can be protected, preserved, and enlarged, and whether liberals can go beyond a separate peace to a more integrated global democracy. Finally, the volume considers when force should and should not be used to promote national security and human security across borders, and argues against President George W. Bush’s policy of “transformative” interventions. The concluding essay engages with scholarly critics of the liberal democratic peace.

This book will be of great interest to students of international relations, foreign policy, political philosophy, and security studies.