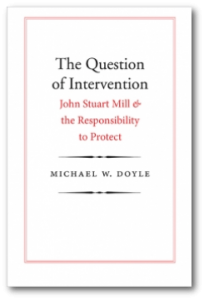 The question of when or if a nation should intervene in another country’s affairs is one of the most important concerns in today’s volatile world. Taking John Stuart Mill’s famous 1859 essay “A Few Words on Non-Intervention” as his starting point, international relations scholar Michael W. Doyle addresses the thorny issue of when a state’s sovereignty should be respected and when it should be overridden or disregarded by other states in the name of humanitarian protection, national self-determination, or national security. In this time of complex social and political interplay and increasingly sophisticated and deadly weaponry, Doyle reinvigorates Mill’s principles for a new era while assessing the new United Nations doctrine of responsibility to protect.