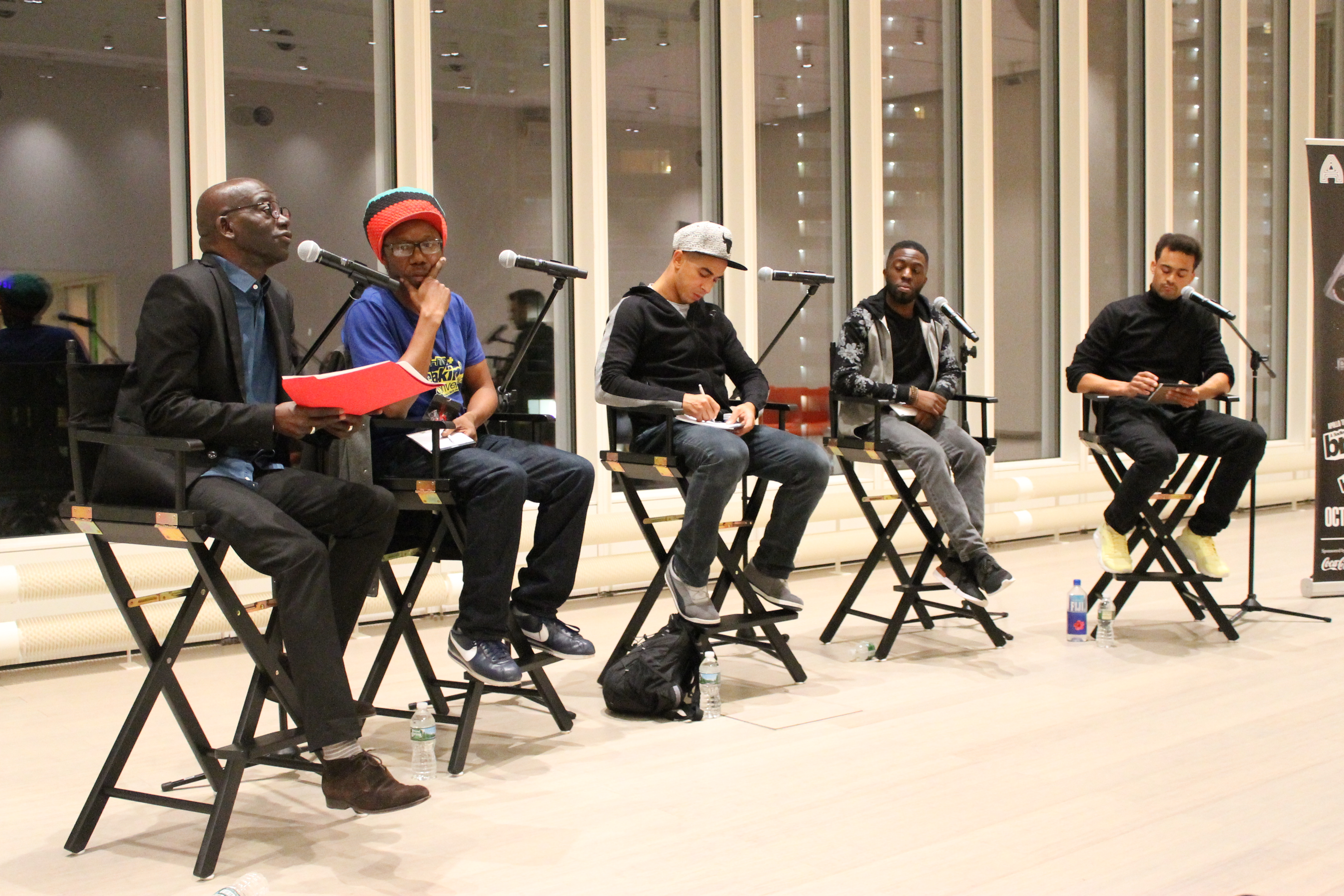 On October 25, 2017, the Columbia University and local Harlem communities came together to participate in “Fight the Power: A Global Conversation Exploring Hip-Hop and Social Consciousness,” a conversation between hip-hop dancers from around the world and Leitner Professor of African Studies and Member of the Committee on Global Thought Mamadou Diouf. A collaboration between Columbia’s Undergraduate Committee on Global Thought and the Apollo Theatre’s Breakin’ Convention dance festival, the event sought to explore the ways in which hip-hop impacts politics on local and international levels.

Professor Diouf opened by remarking that this event, hosted in conjunction with the historic Apollo Theatre, marked Columbia’s increasing understanding of itself as part of Harlem. Jonzi D, Founder and Artistic Director of the Breakin’ Convention dance festival, echoed his words, reflecting on how invigorating it is to host a hip-hop dance festival “literally a stone’s throw from where hip-hop began.”

Jonzi D and fellow dancers and panelists Salah, Lanre Malaolu, and Bee D each spoke about how they found space for personal expression in hip-hop music and dance. The four shared early experiences identifying with rap and hip-hop artists who came from similar communities and spoke about familiar issues. Lanre Malaolu, of the British crew Protocol, spoke about the role of hip-hop in addressing pain without losing sight of the comedy and absurdity of life.

The panelists also spoke to the ways in which hip-hop plays a larger role in community-wide and global social consciousness. Salah and Bee D asserted that in modern-day France, those who want to speak out about problems in society do so through hip-hop and rap. Bee D also noted the immediate social power of hip-hop to provide an outlet for young people facing a lack of economic and social opportunities. Jonzi D shared that growing up, he often felt unwelcome in both his native London and in his parents’ original home in Grenada. His experiences led him to choreograph a dance that dealt with the isolation imposed by racism and xenophobia.

He summarized his approach to integrating politics into hip-hop: “In this society, I am not normal. We have to create our own world. Hip-hop culture allows us to be different- we’re allowed to be weird. Can you give me a normal fingerprint? Humanity is not normal. We’re just expressing the truth of what humanity is.”