Being the Other: The Muslim in India

The Committee on Global Thought (CGT) Lunchtime Seminars are a forum for Columbia University faculty and visiting scholars to discuss current research characterizing and assessing issues of global importance. Open to Columbia affiliates only. No registration is required. Light lunch will be available.

‘The clouds are moving ecstatically from Kashi to Mathura and the sky will remain covered with dense clouds as long as there is Krishna in Braj.’

These lines were composed by Mohsin Kakorvi, an Urdu poet, to celebrate not Lord Krishna’s birthday but that of the Prophet Muhammad. Awadh, the author’s birthplace, was steeped in this exquisite confluence of cultures. Sadly, this glorious tradition has been systematically destroyed over the past century.

In many ways, Awadh stood for everything that independent India could have become, a land in which people of different faiths co-existed peacefully and created a culture that drew upon the best that each community had to offer. Instead, what we have today is a pale shadow of the harmony that once existed. Everywhere there are incidents of sectarian murder, communal propaganda and divisive politics. And there seems to be no stopping the forces that are destroying the country.

Saeed Naqvi looks at how the divisions between Muslims and Hindus began in the modern era. The British were the first to exploit these divisions between the communities in the nineteenth and twentieth centuries. In the run-up to Independence, and its immediate aftermath, some of India’s greatest leaders including Mahatma Gandhi, Jawaharlal Nehru, Vallabhbhai Patel, and others only served to drive the communities further apart. Successive governments, whether formed by the Congress or BJP, compounded the problem by failing to prevent (if not actively supporting) tragic events like communal riots in Gujarat (1969 and 2002), Bombay (1992, 1993), Muzaffarnagar (2013), the breaking of the Babri Masjid (1992) and so on. As a reporter, and editor, Naqvi covered all these events (with the exception of Partition), and in the book he shows us, with acuity and insight, how each of these resulted in the shaping of the discontent of the Muslim in India.

Saeed Naqvi has been a reporter and foreign correspondent for over four decades. He has travelled the length and breadth of India (except Odisha, he insists) and visited over a hundred countries in pursuit of stories. He has covered many wars since the country’s 1971 war with Pakistan, which resulted in the creation of Bangladesh, including the civil war in Sri Lanka, 1971; the Sino-Vietnam war, 1979; the US bombing of Libya, 1986; the first coup in Fiji, 1987; the Nicaragua war, 1989; Operation Desert Storm, 1991; the US occupation of Afghanistan and Iraq, 2003; and the Syrian civil war, 2011. 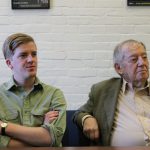 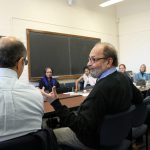 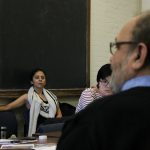 An audience member listens to the discussion. 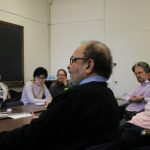 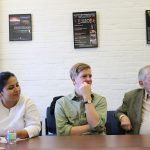 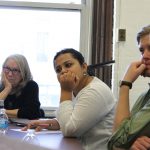 Audience members engaged in the discussion. 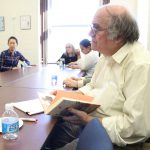 An audience member contributes to discussion citing from Naqvi’s book “Being the Other: The Muslim in India” 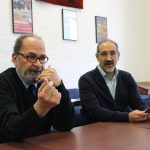 Saeed Naqvi engaging in discussion next to CGT Fellow Kian Tajbakhsh during the event. 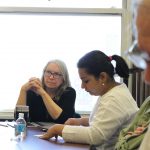 Click here to view more photos from this Lunchtime Seminar.

Below is the schedule for Fall 2016. The seminar takes place on Thursdays from 12-1pm in Fayerweather Hall, Room 411 unless otherwise noted. Please check back for updates to the schedule.

Kian Tajbakhsh on "The Limits of Global Thought: Western Social and Human Sciences on Trial"

Brian Larkin on "Generators, Electricity and the Infrastructural Life of Cities"

Saeed Naqvi on "Being the Other: The Muslim in India"

Rosalind Morris on "Movement without Mobility, Settlement without Belonging: A Proposal for Theorizing 'Unsettlement' Today"

Henry Rousso on "The Latest Catastrophe: History, the Present, the Contemporary"

Vegard Skirbekk on "Differences in Aging Across Cultures: A Global Perspective"

The seminar takes place on Thursdays from 12-1pm in Fayerweather Hall, Room 411 unless otherwise noted. Please check back for updates to the schedule.