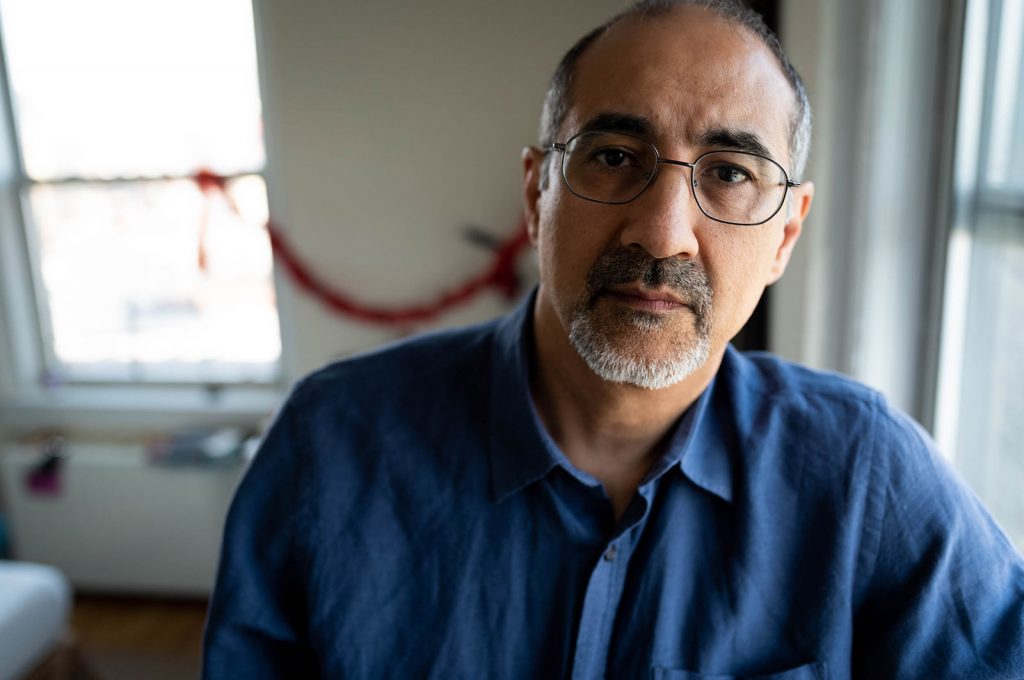 CGT Fellow Kian Tajbakhsh was profiled in the New York Review of Books in July. Read how his work for the Open Society Institute in Iran led to his interrogation and imprisonment in the country. His subsequent trial, place in the negotiations of the US-Iranian nuclear deal, and freedom are all tracked in the piece.

“He opened his mind even to the worldview of his captors. ‘My fellow prisoners were very impressive to me, but I have to say: so were some of the interrogators… They had lived lives that were so far outside of my experience-a revolution, an eight-year war with Iraq. They had insights and views that I was not qualified to judge. I felt I had to listen and learn.’ “

Read the complete feature in the New York Review of Books here.

The arresting officer, likely amused by my assumption that detention would last no more than one book, nodded his assent.

The solitary cell was empty except for a blanket on the floor and a copy of the Qur’an. But I was allowed my one book and my glasses. Huddled in the blanket, angled to catch the fluorescent light coming though the small barred window of the thick metal door, I read.

Sometimes it was hard to sleep, the dim light bulb high above always on, nights and days became indistinct. So I read slowly, stretching out the only source of distraction that was a link to home. But it was a bitter source of comfort, for the book I had brought with me was Khaled Hosseini’s The Kite Runner, a sad and painful story of our part of the world, which I would rather have finished and put aside quickly.

As it became clear that my stay in Tehran’s Evin Prison would not soon be over, a sense of panic gradually came over me as I struggled to imagine what I would do once my book was finished. I began to dread the prospect of a vast, empty time stretching out toward apparent infinity. In a solitary cell, where physical space is contracted yet time is frighteningly expanded, the imagination runs wild—hope, panic, optimism, panic, hope, fear, resignation, trepidation, equanimity compete and repeat, on and on.

There were other distractions. Several times a day, I would stand submerged under the rushing water of the shower, closing my eyes to become lost in the roar echoing around my skull. I washed my few items of clothing. I cleaned the rough carpeting. I paced to tire myself out. I squished mosquitoes. After some physical exercise, I felt more resolved and calm. But once that mood passed, it was again me and the walls.

I tried sitting calmly and meditating as I had been taught to do—seeking to empty the mind—but in particularly maudlin moments hazy images arose of tranquil saints being burned at the stake.

After a while, I thought, “This is a waste of time! I can’t keep dread at bay this way, and even if I could I don’t want to empty my mind, I’d rather fill it!” It soon became clear that the best way to focus my mind and emotions was to read, to think.

With the pen and paper I was given to prepare for the interrogations, I began taking notes and making a list of books that I would like to read. After a few months of badgering my jailers, I was finally allowed to pass my list of books to my wife, Bahar, during the weekly hourlong visit. She sent me four or five at first—history books and nonfiction, as well as novels, mostly in English, whatever she found lying around in my office at home. They were inspected. Some were allowed. Even a history of the French revolution called The New Regime.

Later, I asked Bahar to request deliveries from Amazon, shipped to my cousin in Paris as retailers wouldn’t deliver to Iran because of the sanctions. He couriered these books to Bahar in Tehran, who, in turn, relayed them to me through the prison system.

I began to stack my books in a row on the floor against the far wall (three meters is farther than two!). Quietly, they began to take on the familiar quality of a bookshelf—the various sizes, colors, subjects. I started looking forward to the next book I had yet to read.

And as I stared at the little library, I began to experience a most remarkable change in my perception of time. The more books there were facing me, the more the time ahead of me began to take on a palpable, comprehensible texture. The panic of an immeasurable span of time seemed to reverse itself. Rather than too much, there was too little time ahead. The vast, unfathomable expanse stretching to the horizon began to contract.

Read the complete piece in the New York Review of Books here.

Kian Tajbakhsh’s recent publications include: “What Are Iranians Dreaming about Today? Reflections on the Islamic Revolution at 40” (2019), “Authoritarian State Building through Political Decentralization and Local Government Law” (2019), “Who Wants What from Iran Now? The Post-Nuclear Deal U.S. Policy Debate” (Washington Quarterly, 2018), and “Getting Real About Iran” (Foreign Affairs, 2018). In addition to his role as CGT Fellow, he is Professor of Urban Planning and Urban Studies and Senior Program Manager for Columbia Global Centers and Development.