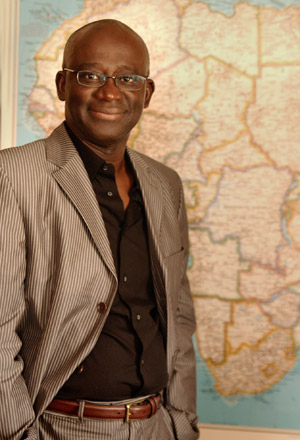 Mamadou Diouf, Columbia professor and the director of the Institute for African Studies, has been named a Chevalier of the French Legion of Honor. Diouf was singled out for his role in engaging students from around the world in the study and history of current affairs. Diouf is the cofounder and leader of the Joint African Studies Program at Columbia, a transatlantic initiative between Columbia, Paris I, and Sciences Po that enables French and American students to earn a dual certificate from both Columbia and Paris I while exploring diverse approaches to African studies. The Order of the Legion of Honor is the highest award bestowed by the French government; it was founded by Napoleon Bonaparte to recognize outstanding achievement in the military as well as in the public and private sectors.