CGT is excited to announce the 2018-2019 David Bartsch and Joan Haffenreffer Bartsch Fellows to the Undergraduate Committee on Global Thought: Anne Hulthen (General Studies, 2019) and Nicole Liu (Columbia College, 2019). Read more about their backgrounds and interests below. 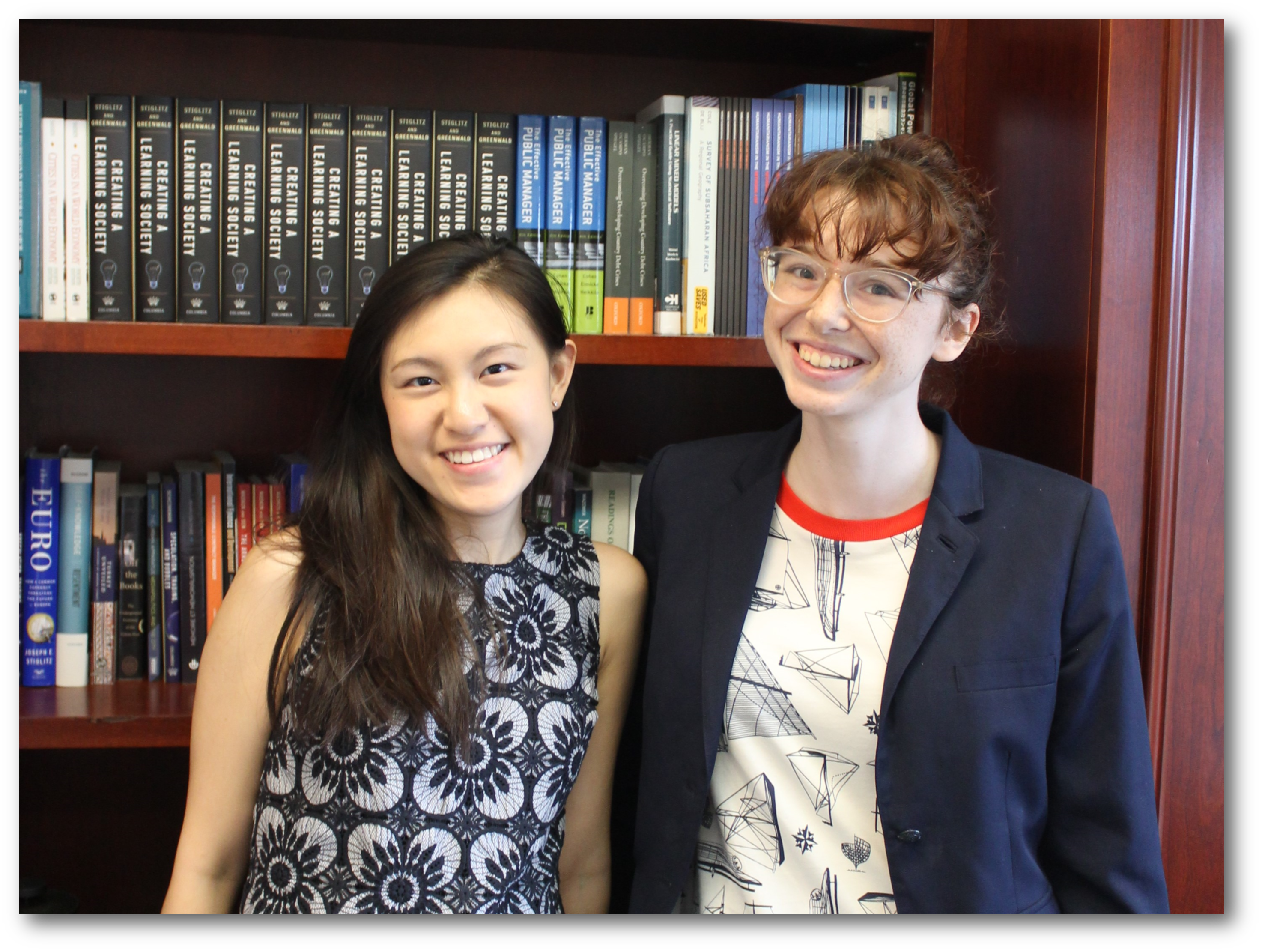 Nicole Liu (left) is a senior at Columbia College double majoring in history and statistics. She loves reading about history, exploring restaurants in NYC (especially Japanese and Cantonese cuisine) and watching food-related TV shows. Beyond UCGT, she also serves as the co-chair of the Global Recruitment Committee under Columbia’s Admissions Office.

Anne Hulthen (right) is a senior in the dual bachelors’ degree program between the Institut d’Études Politiques de Paris (Sciences Po) and the School of General Studies at Columbia. Originally from Ohio, spending her first two years of university on the Franco-Italian border exposed her to the local ramifications of global issues, such as the European refugee crisis. At Columbia, her academic and extracurricular interests center around environmental activism and environmental justice in disaster settings.