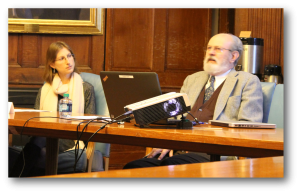 The end of the Cold War may be said to have launched a new age of scientific internationalism, in which federal budget cuts forced U.S. scientists to join forces with international research teams. There is a sense among policy-makers and in the media that a new era for global cooperation in the sciences may be dawning. Having learned from past mistakes, such as the global tragedy of AIDS and the stalled international response to climate change, it would seem that the world is now better prepared to address the global scientific challenges of the future: the consequences of a changing climate, problems of food supply safety, emerging epidemics, nuclear safety and bioterrorism, among others. This optimism rests on several implicit or explicit convictions: that scientists and politicians have learned how to communicate better with each other and with diverse publics; that more effective forums have been created for international collaborations and negotiations; that the sciences have equipped themselves to manage a global flood of data; and that the ethical codes of scientific conduct are stronger than ever.

The assumption that science is a universal, apolitical endeavor, forming a natural basis for seeding international cooperation, is an ideology that has been carefully crafted over the past four hundred years. Science is not born universal: the seemingly effortless diffusion of its theories and practices in fact reflects the complex workings of material and political infrastructures. Global Science uses the tools of historians, sociologists, philosophers, and anthropologists, in combination with the experiences and insights of working scientists, to analyze the ideas of global order implicit in the phenomenon of science diplomacy today and to assess the fit between its means and ends. 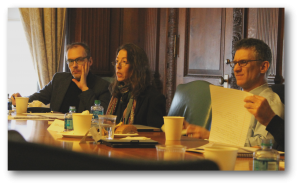 We began by investigating the phenomenon of “science diplomacy,” a keyword under the Obama administration. The Center for Science Diplomacy of the American Association for the Advancement of Science was founded in 2008 with the mission of “using science to build bridges between countries and to promote scientific cooperation as an essential element of foreign policy.” In this way, scientists are designated as supra-political actors who stand above the interests of their home nations. Yet “science diplomacy” is nothing new, as was made clear at our initial CGT workshop in Feb. 2016, “Organizing Science for Humanity, from the World Brain to the World Bank.”